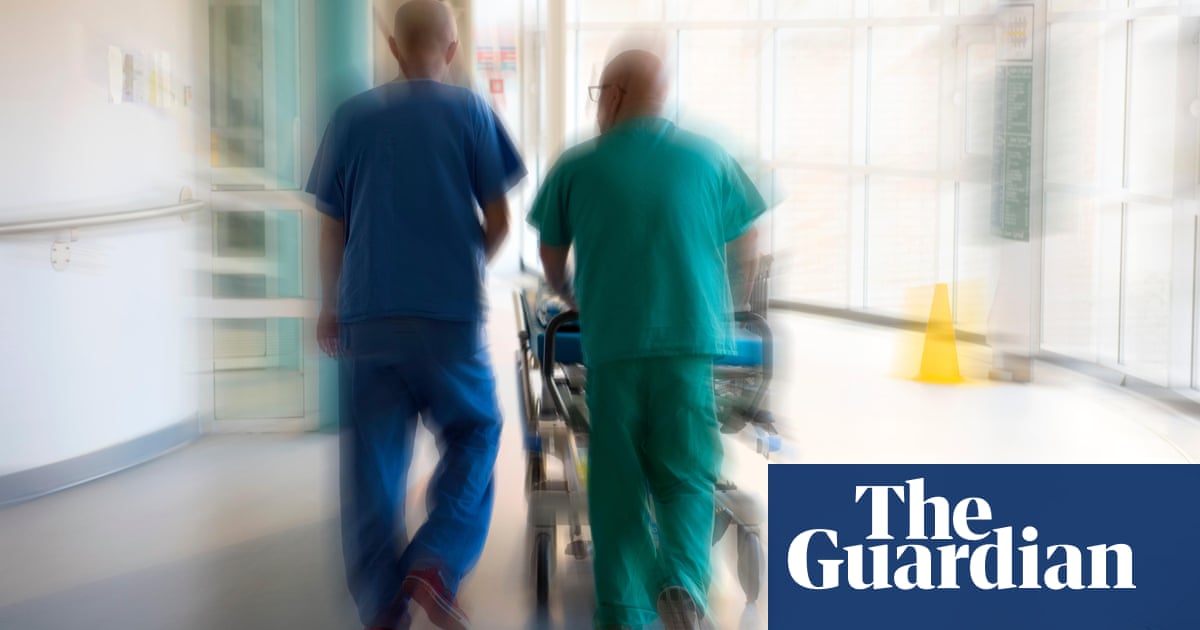 Hospitals are so lacking in doctors and nurses that the safety and quality of patient care is threatened, senior NHS leaders warned of a dramatic intervention in the general election campaign.

Nine out of 10 hospital heads in England fear that the shortage of staff across the service has become so severe that the health of patients may be impaired. In addition, nearly six out of 10 (58%) believe this winter will be the hardest yet for the service.

Opinions expressed by the NHS numbers on Tuesday will heighten anxiety in conservative ranks that growing health care problems risk the party's campaign in an election members hoped would be dominated by Brexit.

The Labor Party is trying to capitalize on public dissatisfaction with delays in access to treatment and increasingly visible staff gaps.

In yet another sign of conservative concern, the ministers agreed on an extraordinary deal for the NHS to pay doctors' pension tax bills this year, which could cost hundreds of millions of pounds.

The scheme aims to prevent the recent sharp increase in doctors working fewer shifts to avoid being hit with unexpected invoices of up to £ 100,000. The trend has forced hospitals to cancel thousands of operations and outpatient lists, further delaying patients' access to care and aggravating staff shortages.

Ministers hope doctors in England – the only country the incentive will apply to – see it as a green light to resume extra shifts before winter pressures rise in the NHS, without having to worry about being severely penalized months later.

However, the deal immediately triggered allegations that it was agreed between the ministers and the NHS England, challenging the "purdah" rules that stipulate that governments should not make policy changes during an election campaign.

It is being presented as an "operational decision" by the NHS England, but has been signed – and some believe instigated – by the Treasury, Cabinet Office and the Department of Health and Welfare.

A senior medical source involved in brokering the unprecedented policy of "interruption" suggested that it arose because ministers were "desperate" to avoid fewer shifts from doctors making up hospital struggles this winter.

The source said: "They have violated purdah regulations so intensely that it is unbelievable. This is not an operational problem. This is political. It is outrageous because purdah rules say you cannot announce a policy change during an election."

The 131 NHS executives, presidents and directors in England expressed their serious concern about the deteriorating state of service in a survey conducted by the NHS Confederation.

The findings came days after the latest official figures showed that hospital performance relative to key waiting times for A&E treatment, cancer treatment and planned operations had fallen to the worst level ever. However, many heads of service told the Confederation that delays will be further delayed when cold weather creates an extra demand for care.

"There is real concern among NHS leaders as winter approaches and this year looks particularly challenging," said Niall Dickson, chief executive of the Confederation, which represents most NHS bodies, including hospital funds, in England. .

“Health leaders are deeply concerned about their ability to cope with demand, even though front-line staff treat more patients than ever.

"There is a very real prospect of gaps in clinical change and in patients who do not receive the quality of care they need because NHS trusted services do not have the staff they need."

“Despite doing everything in their power, 90% of health leaders surveyed said that understaffing was putting patients at risk.

“We have 100,000 clinical jobs [in England] and the prospect of rising demand unless we face the scale of the challenge, ”Dickson added.

Last week's numbers showed that one in four people attending a hospital A&E is waiting more than four hours to be treated, record numbers need to wait in a cart while finding a bed and seven of the eight clinically vital cancers treatment goals are being met. Lost

Dickson added that even if the next government provided more money to combat widespread staff shortages, it would take time to reduce the high vacancy rates common in many hospitals. The NHS is short of about 43,000 nurses and nearly 10,000 doctors, as well as paramedics and other health professionals.

He warned political parties not to raise voter expectations unreasonably during the December 12 polls on how quickly the NHS can get back on track.

"More investment is needed, but even with that, this system will take time to reverse and the electorate should not be fed with excessive promises in the coming weeks," he said.

The King's Fund expressed concern about the survey results. "Amid the political rhetoric of the general election campaign, these findings underscore the harsh reality that patients across the country face to access NHS services," said Sally Warren, thinktank's policy director.

“Labor shortages are already directly affecting the quality of care for people, with national patient surveys repeatedly highlighting the difficulties of patients accessing NHS services and performance against key waiting time objectives in the NHS. worst of the last ten years.

"These NHS leaders are correct – without urgent action, patient safety will be at risk."

The Confederation survey of 131 hospital heads also found that: