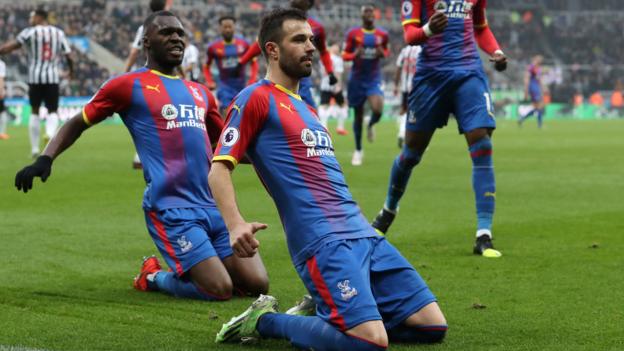 The Crystal Palace relieved relegation concerns with a much-disputed win over Newcastle at St James Park.

Eagles captain Luka Milivojevic scored the decisive goal after Wilfried Zaha was knocked over in the penalty area by DeAndre Yedlin late in the game.

Both sides had seen defeated goals in the first half; Salomon Rondon was called offside after tying Matt Ritchie's game before James Tomkins arrived in a corner but the flag was lifted due to the offside position of James McArthur.

The victory takes the Palace to 12th place, while the Magpies are down to 15th, although they are still seven points clear of Cardiff, which currently holds the last place in the relegation zone.