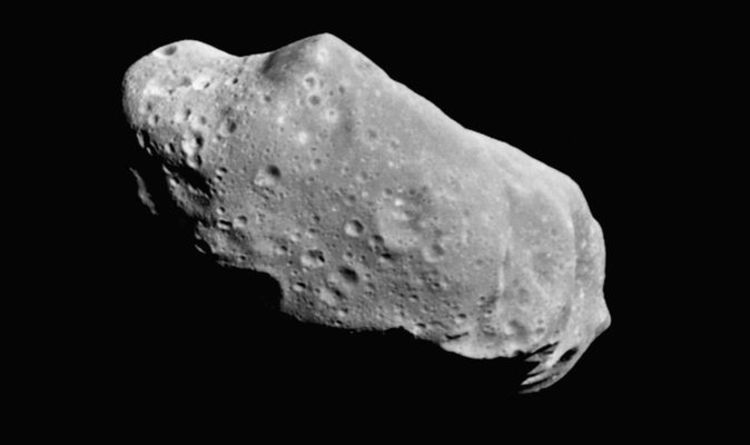 The asteroid, dubbed NASA's Asteroid 2019 FV, will shoot through Earth in a trajectory called "Earth Close Approach." NASA astronomers first observed the asteroid on March 26 and expect it to arrive on Earth's side on Saturday afternoon, April 6. The California-based Jet Propulsion Laboratory (JPL) predicts it will appear at 12:13 pm EST. pm UTC). This moment will mark the closest possible asteroid approach to our planet.

When that happens, the space rock will move at speeds of approximately 17,246 mph or 7.71 km per second.

JPL also estimates that the Asteroid FV is a formidable object, measuring somewhere in the range of 144.4 feet to 324.8 feet (44m to 99m) in diameter.

According to NASA, tomorrow's next brush will see the rock space reach 0.03840 astronomical (au) units of Earth.

An astronomical unit measures approximately 93 million miles (149.6 million km), which is the average distance between Earth and the Sun.

This means that the asteroid will almost lose us at a distance of 3.5 million miles (5.7 million km).

In other words, this is roughly the equivalent of the asteroid passing 14.94 times to the moon.

This may not be enough for NASA to sound the alarm tomorrow, but on the cosmic range of distances, the asteroid's overflight is a close shave.

Asteroid FV is a prime example of what astronomers call "Near-Earth Objects" or "NEOs."

NEOs are all comets and asteroids, which occasionally cut off the Sun's orbit on Earth.

Most of these imposing space rocks have been pushed into the inner rings of the solar system by the gravitational pull and attraction of the planets.

READ MORE: NASA plans to save Earth by derailing a 2,600-foot asteroid system

And once in a century, one of these asteroids hits the Earth with brute force.

Fortunately, NASA does not expect Asteroid FV to cross into our home world anytime soon.

The space rock is expected to pass through Earth again this summer, on August 23.