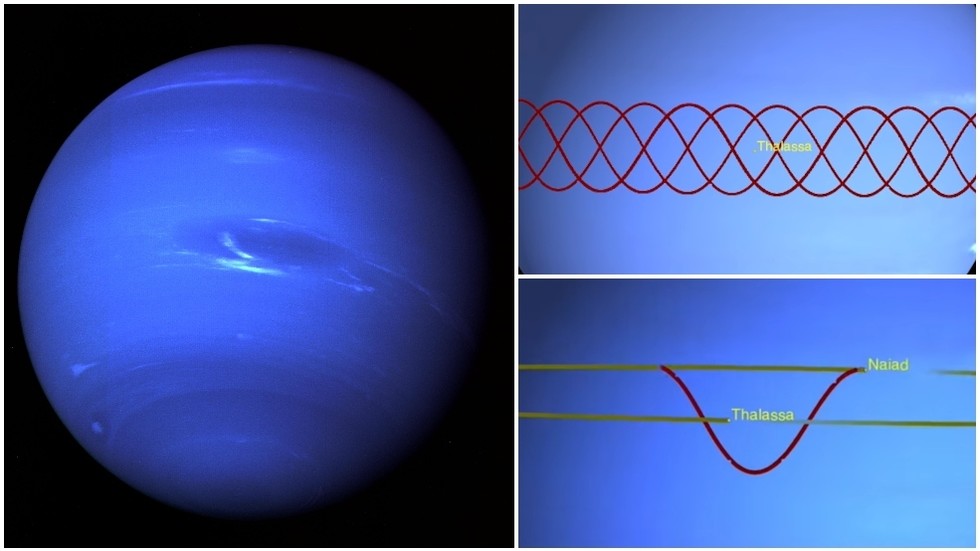 Two of Neptune's 14 confirmed moons, Thalassa and Naiad are only 100 miles wide. The tiny Tic-Tac shaped objects orbit only 1,850 km away, but never collide.

This is because, unlike our moon, which simply surrounds the earth, Naiad revolves around Neptune in a zigzag pattern, perfectly synchronized to avoid colliding with her partner. Thalassa, NASA explained. Experts have dubbed this crazy choreography "Dance of evasion".

"There are many different types of" dances "that planets, moons and asteroids can follow, but this has never been seen before," Marina Brozovic, a researcher at the space agency's Jet Propulsion Laboratory, said.

Brozovic noted that Naiad was likely "Kicked" in its unusual orbit for a previous "interaction" with one of Neptune's other moons, after which she was locked in a perpetual dance with Thalassa.