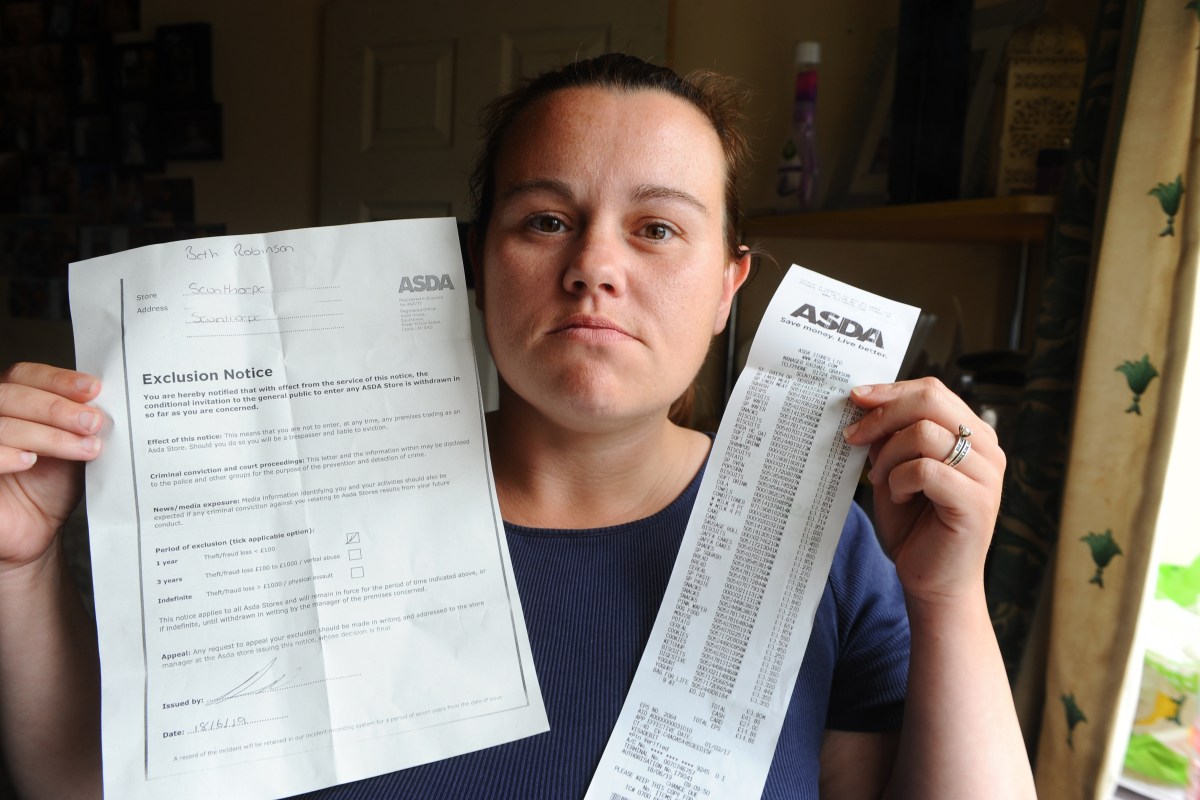 MUM was banned from all Asda stores in the UK after it claims a self-scanner lost 16 pounds in purchases.

Beth Robinson says she was stopped outside her local Scunthorpe store after she did not pay for a number of items.

With just five statements, she was treated as a "common criminal" after using the "scan while you use" device to ensure she has a strict budget.

The 31-year-old singer says she scanned all items to not exceed £ 45, but says she did not realize that some items had not been registered.

She told Grimsby Live: "A security guard approached me outside the store shortly after I finished and said that I needed to go back inside because there were discrepancies with the purchases.

"They scoured all my purchases and found that they had lost 16 pounds of items, one of which was an 8-pound bath of powdered milk for my seven-month-old son who was with me at the time. 70p ham and chips for my kids.

"Why would I steal from there?" I do three stores a week, spending about 100 to 150 pounds a week. "I spent so much money over the years – why would I start stealing 70p items?"

The mother says she asked the team to watch CCTV to see her scanning all items, but said no one did that.

Beth was asked to sign an exclusion order, barring her from all Asda stores for a year.

She and her partner have already called the store to complain about the ban, with her husband Dale getting irritated with the calls.

An Asda spokesman said: "We always want to offer a welcoming environment to our customers and asking someone not to visit our stores is always a last resort.

Long time to rain on us

60 HOURS of severe storms & # 39; and torrential rains this weekend

"Although the client has understood why we needed to make this difficult decision and we are more than happy to discuss the situation with her, we would like to remind the client and her partner that we can not tolerate theft or any form of abuse or threatening behavior to our colleagues. "

Earlier this month we told how Asda and Sainsbury's have raised hundreds of their own-branded food prices, with the cost of cereals, crackers and fish growing.