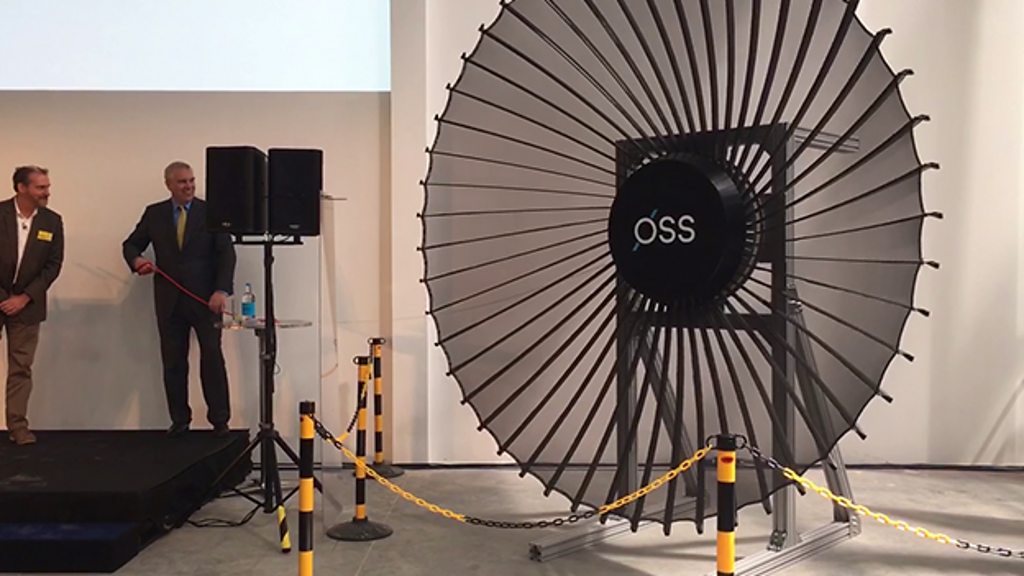 The UK Ministry of Defense (MoD) has approached the Oxford Systems Space System (OSS) to design antennas for a sovereign satellite radar system.

The ministers envisage a constellation of British spacecraft gathering intelligence for operational and tactical applications in the 2020s.

The OSS has a new technology that meets the requirements of the satellites to be low cost.

Oxford carbon fiber antennas are stored in very small volumes to be released, but then take shape in orbit.

The specific design being sought for the radar is known as "rib-wrapped," explains OSS CEO and founder Mike Lawton.

"Think of the tape measure of a builder.We have these carbon fiber ribs that are wrapped in a very small space around a central hub.When we allow these ribs to settle in, they naturally want to have their original shape. form a very rigid support structure, "he told BBC News.

The approach was called "origami engineering".

The antennas would transmit (via a smaller inter-structure) and receive the radar pulses that are used to map the Earth's surface.

The great advantage of this type of observation is that the wrists are not obstructed by the cloud and will feel the ground even in the dark.

This makes radar a powerful tool for the military. Currently, the UK relies on other friendly forces or commercial companies to provide these types of images. But the Oberon Project, as MoD dubbed it, would use a sovereign network of spacecraft.

The project is still in the research and development stage, and the ministry is talking to several other UK companies about what they can contribute as well.

Surrey Satellite Technology Limited and Airbus have recently launched a radar satellite from across the UK and the military are evaluating the usefulness of their images.

For this next phase, OSS will develop a 3-3.5m implantable antenna under a £ 1m contract, aiming to make 5m structures for radar applications.

"We hope to be able to fly even what comes out of this research and development phase, working with the platform designer," said Lawton, whose company is based in Harwell.

"It will not be the complete performance and certainly will not be the full resolution required by the Oberon Project, but will allow us to demonstrate the kinematics of the deployment, to prove that the antenna will unfurl in orbit."

One of the main goals of OSS is to take a slice of the telecommunications market.

Large communication satellites use antenna reflectors that can be more than 10m in diameter. It is the technology dominated by American companies such as the Harris Corporation and Northrop Grumman. OSS wants to be a European player.