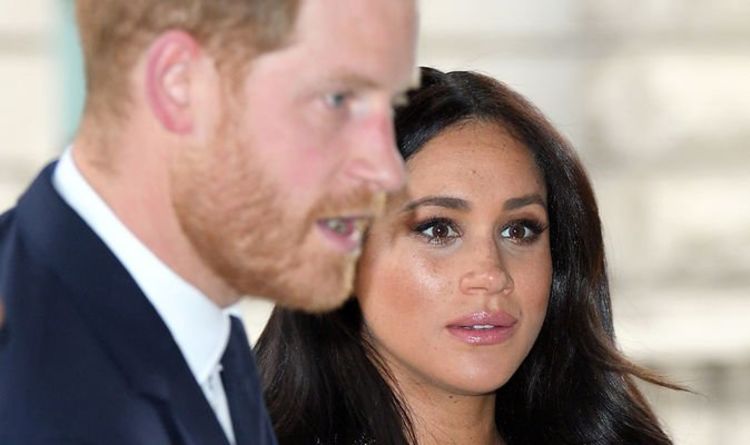 In a statement last week, it was revealed: "His Royal Highness made the personal decisions to keep the plans around the arrival of his baby private." Commentator Royal Carole Malone said on Sky News the announcement was a "slap in the face" for real lovers. She questioned why the Duke and Duchess of Sussex were not prepared to pose for "two miserable minutes" to their fans.

Ms Malone said, "Someone needs to explain to me how a statement announcing the baby's name, weight and gender would invade his privacy or deny them precious family time.

"This is an unprecedented blow to the legions of decent, ordinary people who love the Royal Family and see the royal birth as a joyful and national celebration – a celebration from which they have now been excluded."

It has also been reported that Meghan plans to have a home birth instead of in the Lindo Wing as her sister-in-law, the Duchess of Cambridge, and her mother-in-law, Princess Diana.

They say she does not want to pose for the traditional photo on the "nerve" stairs.

Ms Malone added, "No one is waiting for Meghan to parade her baby minutes after giving birth and of course they are entitled to private time with Baby Sussex, but how difficult would it be to spend two minutes outside the hospital waving and smiling at people that I just want to wish them well?

"We, the English, give so much to the royal family, that we also pay for the privilege of having them.

"Is not it time for royalty to give something back?"

Some viewers agreed, with a woman saying on social media: "Very well. We are the audience that watched Meghan keep her hand on her **** in the last nine months but now it is very important to share the baby with the public. "

Others criticized, saying: "People's rights surprise me – they are their children, they are parents for the first time and therefore deserve some privacy."

Another added, "Why not just let her do what is best? It's her pregnancy, her baby and her choice. It's not like there's a shortage of real babies.

One man agreed, pointing, "She's a human, not a money show.

"Once someone has a baby, the right thing to do is rest and join him – and not spread it to all the world's media."