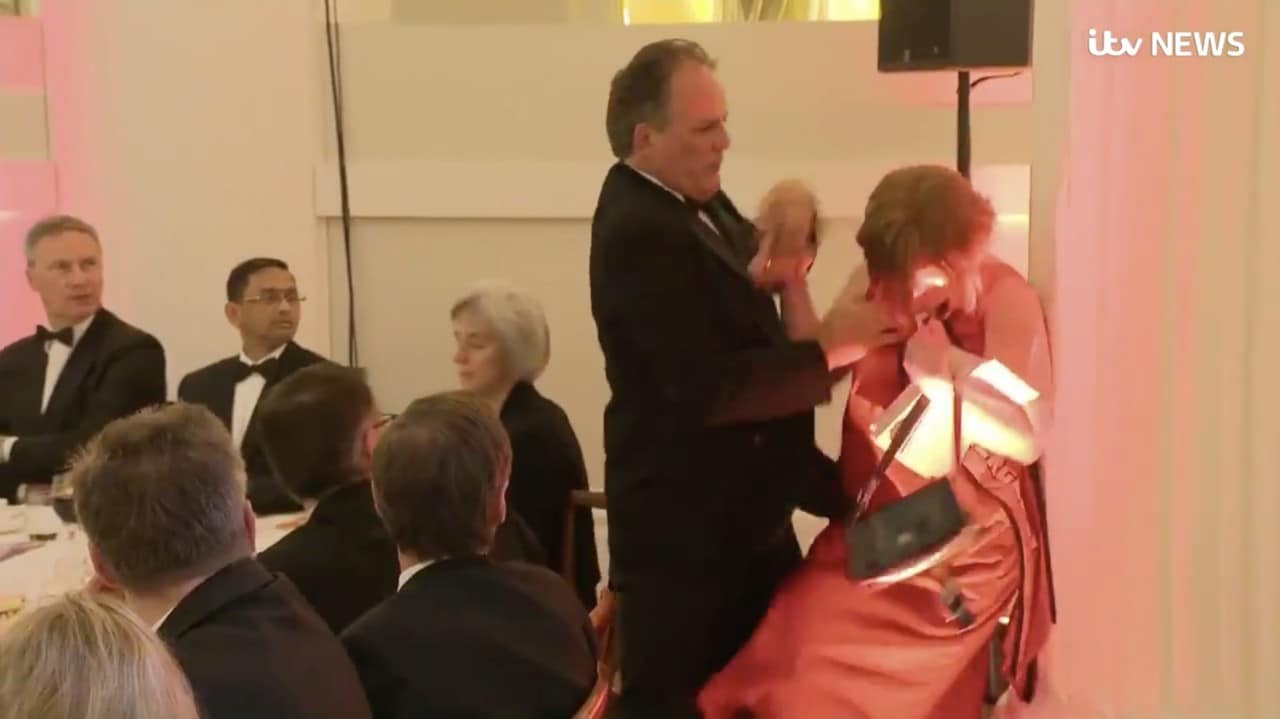 AN Minister of Foreign Affairs is facing questions about his future after images emerged of him pushing a climate activist against a pillar.

About 40 Greenpeace protesters stormed the chancellor's annual address at the Mansion House in London and had to be removed by security.

Mark Field, the foreign minister for Asia and the Pacific, was spotted picking up a woman as she passed her chair for dinner.

Filming showed Mr. Field swinging out of the seat to push the protester to the wall behind, before apparently taking her from the room with a squeeze on the back of her neck.

The MP of the Cities of London and Westminster can be heard saying, "You can get that person …