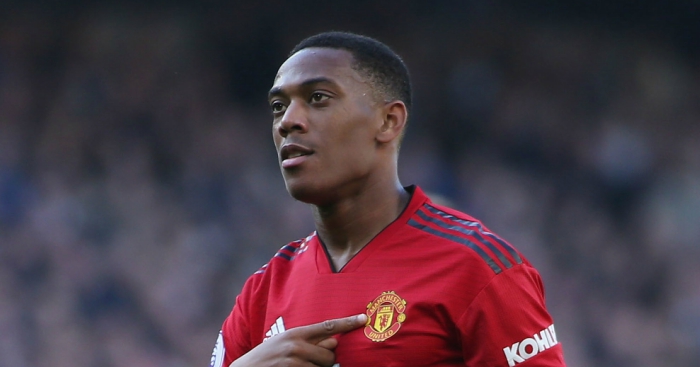 Anthony Martial says he "followed Arsenal" while growing up because of his "French heroes".

Martial moved to the Premier League in 2015, becoming the most expensive teenager in history at a time when Manchester United signed him for Monaco for £ 36.7 million.

The Frenchman has shown his talents on those beaches since then, scoring 43 goals in 151 matches, despite not commanding a regular starting place and often playing as a side.

He has been one of the the best players outside the Big Five of the Premier League this season finally was given the chance to shine under the command of Jose Mourinho.

Not everything was planned for the 22-year-old at Old Trafford, as he was "disappointed" not having the chance to talk to Arsenal in January.

In fact, he "followed" the Gunners as a young man in France.

"I followed Arsenal as Thierry Henry was there, also from Les Ulis.

"To my French heroes, I had Thierry Henry, of course, and then Zinedine Zidane, Zizou. They were the best. I admired the strikers, number 10s.

"Another player I really liked was Nicolas Anelka. He was a great player, fast with great skill.

"My two great heroes were both Brazilians: Ronaldinho and Ronaldo because they had magic on their feet! Almost every player in my age group would probably say the same thing.

"I used to watch videos from everyone! Henry, Ronaldo – I watched all the attackers on the internet and sometimes, just before a game, I watched action clips, so I could reproduce what they did in those videos.

"When I was a kid, my favorite team was Lyon. It was around the time that almost all the best players were at the club. Lyon was really my team and that was also the reason why I went to their gym.

"Karim Benzema was there, Juninho Pernambucano, with great charges of lack. There was Lisandro Lopez, who was there after that. They had many good players. "