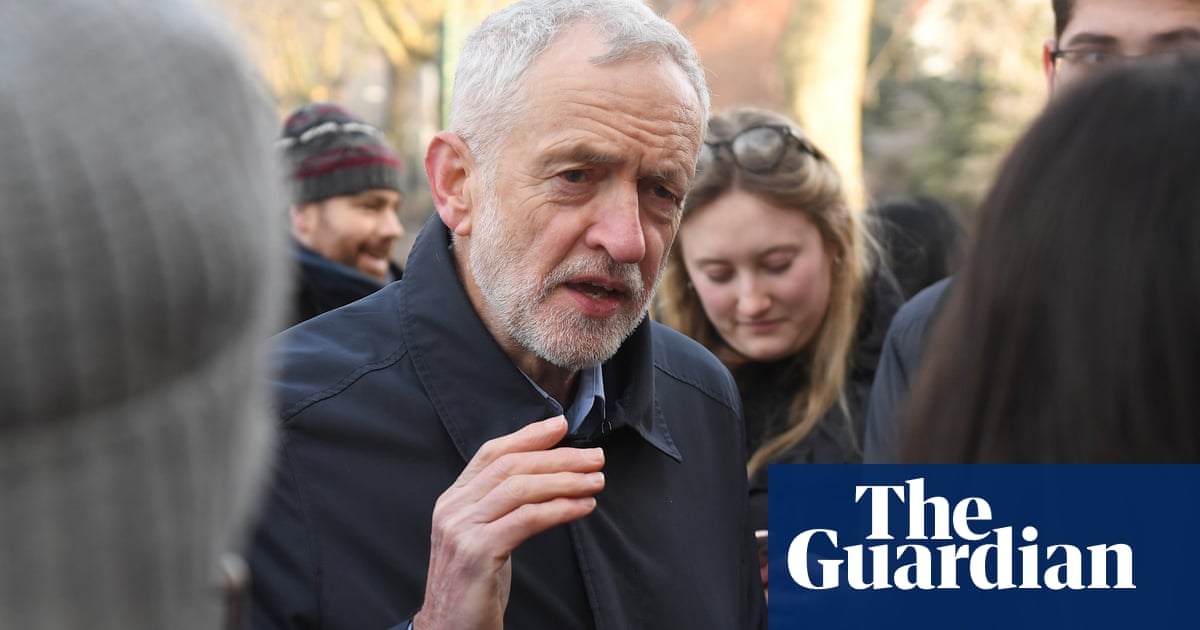 Labor party membership fell by more than 10 percent from a peak of 575,000 in the summer of 2017 after Jeremy Corbyn's stronger-than-expected general election performance, according to new figures seen by the Guardian.

The numbers, shown to the Guardian by a party member, suggest that net membership decreased by about 6,000 in each of the last two months, from 524,000 at the beginning of December to 512,000.

That number would still make the Labor Party by far the largest political party in Britain – roughly four times the size of the Conservatives, whose membership was estimated at 124,000 last spring.

A party spokesman said: "The Labor Party is one of the largest political parties in Europe, made up of more than half a million members, who are working to transform our society for many, not a few."

Turning Labor into a mass "social movement", which is engaged in year-round community activism and knocks on doors during election campaigns, is a central part of Corbyn's project to transform his party.

Labor has vehemently denied a series of news in recent days suggesting that the party could face financial difficulties as a result of a drop in paying members.

Party insiders insist that the overwhelming majority of the 6,000 per month decline is accounted for by "lapses": members whose payments have been overdue for six months.

These appear 18 months after you first enroll for a one-year membership. The increases in membership followed Corbyn's election as leader in 2015 – under new rules that allowed £ 3 supporters to vote, many of whom subsequently joined – and his re-election in 2016, party sources suggest.

Another peak came in the summer of 2017 when a crowd of tens of thousands of people in Glastonbury sang "oh, Jeremy Corbyn!" – and the Guardian understands that the number of 575,000 was reported to the National Labor Party Executive Committee at that time.

Leaving aside the tabs, more members joined Labor than they resigned in recent weeks. But several MPs say dozens of local activists have become disillusioned and turned away as a result of what they consider the party's ambivalent stance on Brexit.

The leadership resisted the stalemate of grassroots members who are overwhelmingly pro-permanent to support their second referendum – rather than suggesting parliamentarians the option of considering a "public vote" to resolve the impasse in Westminster.

Anti-Brexit members were given new reasons to be alarmed by Corbyn's Eurosceptic instincts on Tuesday when a 2009 video referred to the EU as a "military frankesnstein" that would cement NATO's control.

Like his mentor Tony Benn, Corbyn was resolutely anti-EU throughout his time as a backbencher; but he supported staying during the 2016 referendum campaign, in part because of the stance of party members.

Concerns about labor history in the fight against anti-Semitism are also cited by some parliamentarians as a reason for the disillusionment among grassroots members.

The PLP issued a motion on Monday night urging the leadership "to deal adequately with cases of anti-Semitism, since failure to do so seriously risks anti-Semitism in the normalized party and the party appears to be institutionally anti-Semitic ".

Corbyn apologized 10 months ago for "hurt and pain" caused by cases of anti-Semitism within the Work and promised to redouble his "efforts to end this anxiety."

With Corbyn's supporters now mostly at the NEC, a series of radical changes in party rules was introduced at last year's party conference in Liverpool, which is only now beginning to break through the expanding organization.

These included a reduction of the threshold for the launching of a "trigger card" of all members against a deputy in office; and an option for local parties to vote to change their democratic structure to vote for all.