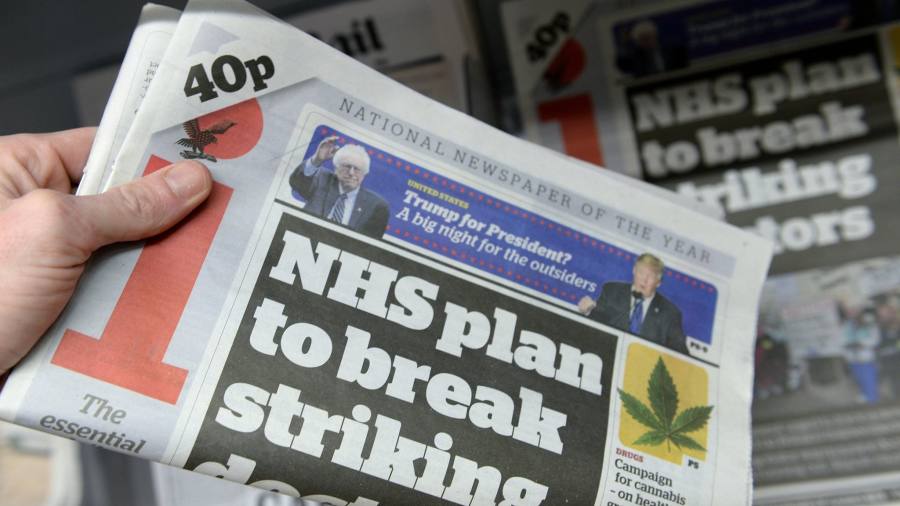 The newspaper publisher formerly known as Johnston Press has shifted to assure employees and readers of its securities that its operations will remain normal after the sale of the business to its creditors.

JPI Media, which owns titles such as The i, The Scotsman and Yorkshire Post, is preparing for life under new management following pre-packaging management with its creditors, which include Goldentree Asset Management, Fidelity, Caravel Asset Management and Benefits Street Partners.

The new owners are injecting £ 35m in cash into the group and have agreed to reduce the level of senior secured debt by £ 135m to £ 85m, with debt maturity extended through December 2023.

David King, chief executive of Johnston Press, will continue in the new company. Selling to creditors "was the only way to get continuity for all operations," he told the team in an email over the weekend, adding that the deal "would continue uninterrupted. . . so it's important to show up for work normally. "

In a letter to readers of the group's titles, he said the deal "protects your newspaper and website, keeps all of our employees' jobs and helps us have a more stable and secure future."

The company has its roots in Scotland, having been founded in Falkirk in 1767 by the Johnston family. It now has more than 200 newspapers and local sites, but has faced a high debt incurred during the purchase, when the industry was still in a rough state of health – and before the internet began to wreak havoc on newspaper advertising.

Classified advertising revenues had the greatest impact. In 2007, the company generated £ 177 million in classified ad revenue, but last year it dropped to just £ 20 million, as real estate, car and job sites rose sharply. Its front line has also been hit by the growth of Facebook and Google, who have become dominant players in digital advertising.

King is due to speak to the new owners this week and a new board will be formed, according to people briefed on the plans. The new owners will then begin a process of familiarizing themselves with the group, its operations and its performance, the people said.

The group's local bond portfolio is fully integrated, sharing advertising and sales teams, making it unlikely to break up. However, the i, which Johnston Press bought in 2016 for £ 24 million, is less integrated and is the most likely title to be sold should new owners eventually choose to dismember the company.

Johnston Press shareholders will be exterminated as soon as the deal is completed, which has angered Christen Ager-Hanssen, the Norwegian investor who had built a 20 percent stake in the company.

In a weekend statement, he accused King and the board of "shamefully. . . collusion with bondholders over a very long period of time. "

Prepackaging was "not so much a corporate rescue as a pre-planned corporate robbery," he added.