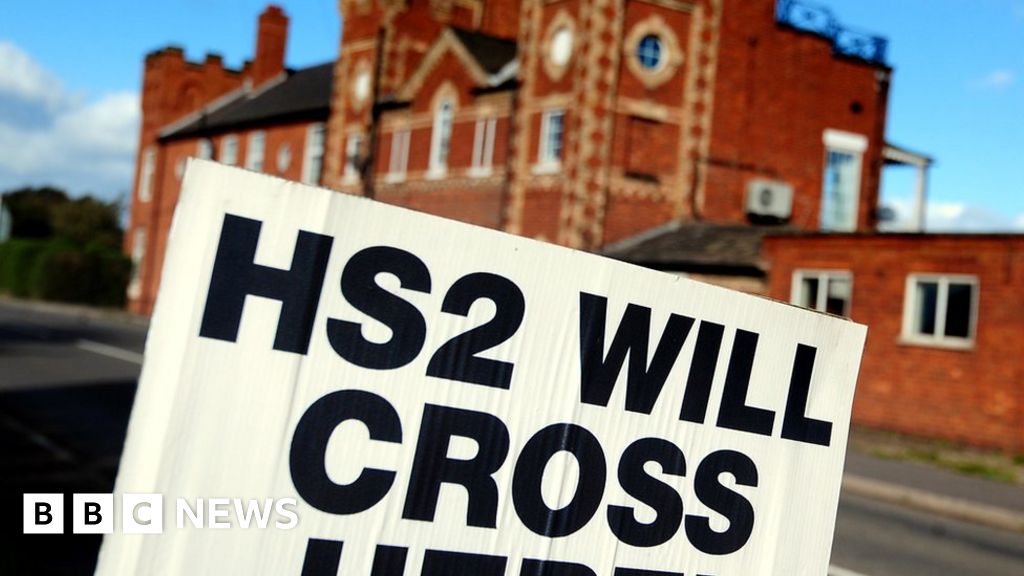 More than 900 properties worth almost 600 million pounds were bought by the company responsible for delivering the High Speed ​​Rail 2 (HS2), figures show.

They include Whatcroft Hall, sold by comedian John Bishop for £ 6.8 million, the highest price paid for any property.

Activists opposing the railroad project said some homeowners were mistreated, claiming that homes were routinely devalued by HS2.

HS2 said it had to get a fair price for homeowners and taxpayers.

The £ 56 billion high-speed rail line is designed to boost the UK economy by reducing travel time between London and the Midlands and northern England.

The first passenger services are expected to operate between the capital and Birmingham in 2026, with phase two of the project for Manchester and Leeds, scheduled for completion in 2034.

Doubts about the route's future were raised after Treasury chief secretary Liz Truss told Spectator magazine that the government would be looking again at the bill in its next spending review.

Homeowners who live on the route of the proposed route are entitled to compensation.

Certain residents may sell their home to HS2 at the "no-harm" market price, but some claim HS2 underestimated their homes.

Tracy Stone of Mexborough, South Yorkshire, lives on the Shimmer Estate, which made headlines when the route was announced because the newly built residents had just moved when they learned that their homes were at risk of demolition to make way for HS2.

She recently sold her home to HS2 after being told that the proposed route would go directly to the property.

"Four days after I moved to Shimmer Estate, I was told most of the new property would have to be knocked over," she said.

"As we try to sell our homes, it seems that the HS2 tried to put obstacles on our way around every corner.

"They are offering ridiculously low prices and the whole process seems very unfair."

The mother of two children said she recently established an appraisal of £ 169,000 for her home, £ 5,000 less than the actual market value she understands she holds.

"We were promised by the government and HS2 that they would take care of the people at this property, but that did not happen," Stone said.

"We were disappointed and lied."

Where HS2 bought houses and land

Figures published by HS2 in response to a request for freedom of information by the Stop HS2 campaign group, showed that 902 residential properties, farms or land had been purchased by the company between 2011 and 2018.

The total cost of the acquisitions was almost 600 million pounds.

The numbers also revealed that owners of identical homes on the Shimmer property received significantly different levels of compensation for their properties.

"We have many residents who were promised that they would receive the market rate for their homes and this simply did not happen."

But Richard Farr, a local inspector with experience working with HS2, said it is common for similar homes to receive different ratings.

"An appraisal should take into account the amount of money spent on the home, and its internal fixtures and fittings. It's not just a brick and mortar worth of property," Farr said.

An HS2 spokesperson said: "We are committed to supporting owners at Shimmer Estate and have reached an agreement on amounts for more than 75% of cases where the owner has applied to sell his property through our property support schemes .

"Every home is unique and there will often be different opinions about the value of a property. We have a responsibility to set a fair price for the owners and the taxpayer."

A Department of Transportation spokesman said: "HS2 Ltd must work closely and constructively with those impacted by the project – this ensures a sensible balance between fair compensation for the affected residents and the protection of the public purse.

"When ownership is required to deliver this vital project, HS2 Ltd is bound by strict rules and compensation guidelines and we expect it to pay a fair market price for the properties."