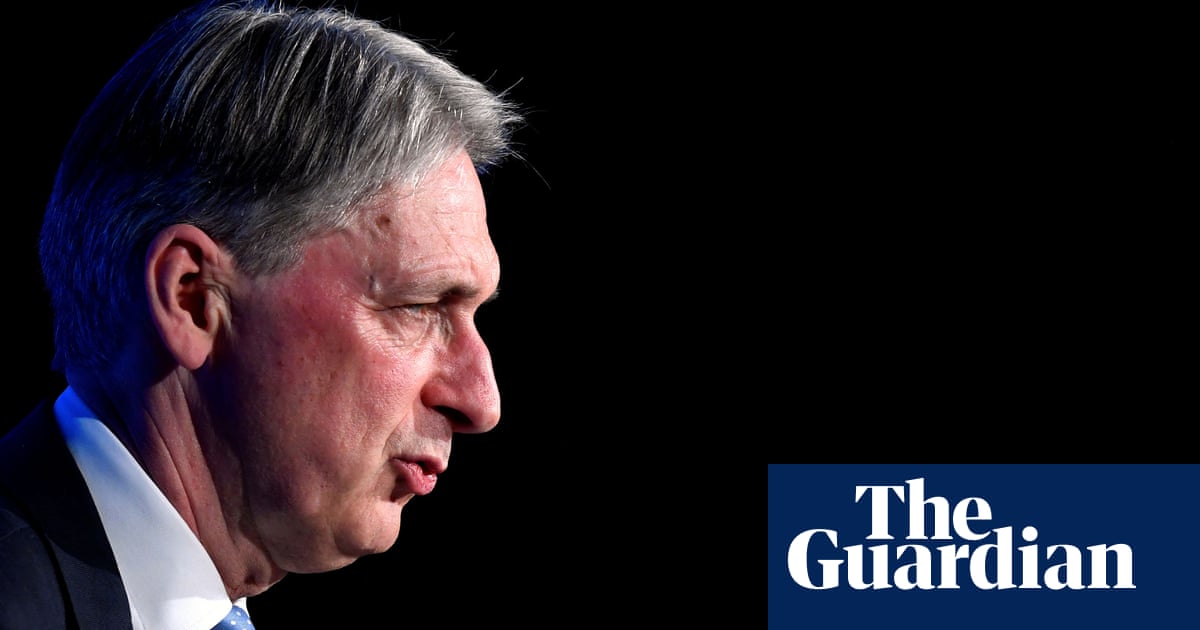 The new prime minister will be forced to abandon any spending plan if Britain rallies toward a contract-free Brexit, Philip Hammond says in a warning apparently directed at Boris Johnson.

The chancellor, who is likely to be ousted from the ministry under Johnson's leadership, will tell business leaders in his Mansion House speech that any candidate for leadership must have a plan B if renegotiations with the EU fail, or his "work will be on the line ".

He will say that the two "fundamental and unshakable beliefs" of the Conservative Party are under threat – which means belief in the prudent management of public finances and in the four nations of the United Kingdom.

It is understood that Hammond's intervention was prompted by a YouGov poll of Conservative Party members who found that 63% of members would be willing to see Scotland leave the UK and 59% would be prepared to lose Northern Ireland to ensure the Brexit. Over 60% were prepared to see "significant damage to the UK economy".

"I will not admit the ground we are on," Hammond will say. "I will fight and fight again, to remake the argument of pragmatism and, yes, to a compromise in our policy – to secure a result that protects the union and prosperity of the United Kingdom."

Hammond, who is currently embroiled in a battle with Theresa May over the spending commitments the prime minister wants to make as part of his legacy, suggested he was alarmed at the candidates who invested the money in their campaign pledges.

Johnson's plan to raise the 40% tax threshold, from £ 50,000 to £ 80,000, costs £ 14.1 billion. Michael Gove's promise to eliminate VAT and replace it with a lower sales tax was estimated at £ 20 billion. Said Javid said he will again slow the pace of debt reduction to spend up to £ 25 billion a year on spending, including education.

"There is a choice. Either we go out without compromise … or we preserve our future fiscal space. We can not do both, "Hammond is expected to say.

He will also warn that any candidate who plans not to use any agreement like his B plan will be risking a general election. It will be "an unchanging truth" that parliament rejected the current agreement as well as no agreement, and that the EU will not tolerate renegotiation, he will say.

"We can not allow ourselves to be forced to choose between our democracy and our prosperity. If the new prime minister can not end the impasse in parliament, he will have to explore other democratic mechanisms to break the deadlock. Because if he fails, his work will be at risk – and so will the jobs and prosperity of millions of our fellow citizens. "