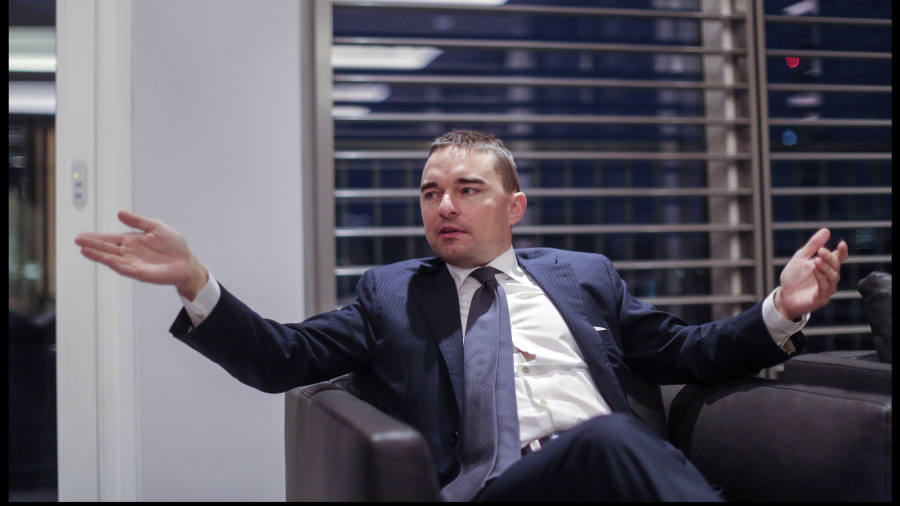 H2O Asset Management reported outflows of € 1.4 billion in six of its funds after the Financial Times unveiled the scale of its illiquid holdings tied to a controversial German financier.

The London-based Natixis subsidiary fell into crisis after FT Alphaville reported that H2O's latest filings jointly listed investments in more than € 1.4 billion of illiquid bonds tied to Lars Windhorst, a flamboyant businessman with a history of problems.

The data suggest that the scale of withdrawals from investors is higher than previously reported. François Riahi, chief executive of French bank Natixis, held a teleconference with analysts and investors on Friday morning in which he said H2O's funds posted € 600 million of net outflows since the start of the second quarter. But he added that as this number included entries from the beginning of the period, there were "more doubtless" departures over the last few days.

Natixis's share price fell 15% in two days as concerns about H2O intensified, lowering around € 2bn of the bank's market value. Morningstar, whose ratings are used as a key guide for investors, suspended the rating of an H2O fund the day after the FT report, citing liquidity concerns.

H2O chief executive Bruno Crastes appeared on Friday in a video of the French website H24 Finance, in which he addressed "an article in the Financial Times." The 54-year-old French fund manager said that "there is no doubt about H2O liquidity" and also defended his relationship with Mr. Windhorst.

"The journalist in the UK is saying he's a very sulfurous character, but we know him very well right now," Crastes said. "He's extremely talented."

Windhorst re-launched its investment firm Tennor Holding last month in an attempt to turn the page over several difficult years, where he and his company – previously called Sapinda – engaged in court battles involving at least € 220 million with various investors including the Ukraine. the billionaire Len Blavatnik.

Teenage boy and advertising boy of entrepreneurship in his native Germany, the financier happened to preside several insolvencies, a personal bankruptcy and received a sentence suspended in 2009.

Crasts joined a new advisory board in the Windhorst Tennor last month, but stepped down this week after Morningstar said the role raised "the risk of a potential conflict of interest." Both Natixis and H2O insisted there was nothing wrong with the deal, and the investment director and co-founder of the fund, Vincent Chailley, now holds Mr. Crastes's place on the board.

Jean Raby, head of the Natixis fund management arm, confirmed to investors on Friday that his stake in Windhorst-related securities was now "just over € 1 billion."

Raby also justified H2O's investments in these bonds. He described the range of entries as "quite diverse," adding that the portfolio included "even a luxury company in Italy" in reference to La Perla – Italian lingerie maker Windhorst bought in 2018 after resolving a legal dispute with its former owner, Italian businessman Silvio Scaglia.