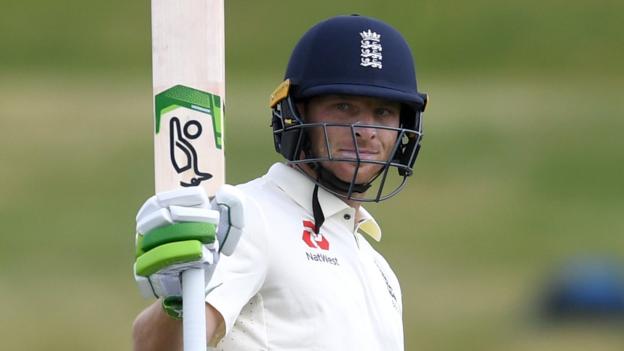 Jos Buttler was a century old, but England failed to force victory in their last warm-up game against New Zealand A in Whangarei.

Jofra Archer and Sam Curran took three shutters each to reduce New Zealand A to 129-8, an advantage of just 26.

But William Somerville and Ajaz Patel held firm for 22.4 overs to guide the team to 169-8 and secure a draw.

England face New Zealand in two tests, with their first match at Bay Oval in Tauranga starting on Wednesday.

"It was very good for me. Spending time in the middle of a series of tests is great. It gives you confidence," Buttler told the BBC Test Match Special.

"It's not a huge coincidence that when I had time away from cricket and managed to refresh, I played well at the time.

"New Zealand will be a big challenge. They are an excellent side and should be a really exciting series."

Wicketkeeper Buttler placed 71 in the ninth wicket with Archer (41 not out) when he brought his first sixth class of a hundred – only the second in the last five years.

He finally fell after pushing Scott Kuggeleijn back to goalkeeper Tom Blundell.

Kuggeleijn, who was summoned to the team from New Zealand A on the second day after Hamish Rutherford failed a concussion test, then retired Stuart Broad for a duck with the next ball to close in, giving England a lead of 103.

With Rutherford out after being hit by Archer on the first day, Tim Seifert was promoted to open – but he only lasted two balls before kicking Archer to Dom Sibley on the third slide.

Archer's pace disturbed the scouts on a docile field and the fast player also had Rachin Ravindra and Blundell, who opened the game, catching Sibley as the hosts dropped to 99-6.

This side should start the first test and Surrey, who worked on the left, Curran supported the decision to play him instead of Chris Woakes, with Glenn Phillips and Jimmy Neesham behind, before playing Kuggeleijn.

Broad and Ben Stokes grabbed a wicket each as England tried to get closer to victory, but they failed to take Somerville (32 away) and Patel (10 away) and captains Joe Root and Blundell shook hands in a draw with slightly less. of a minute. remaining game time.