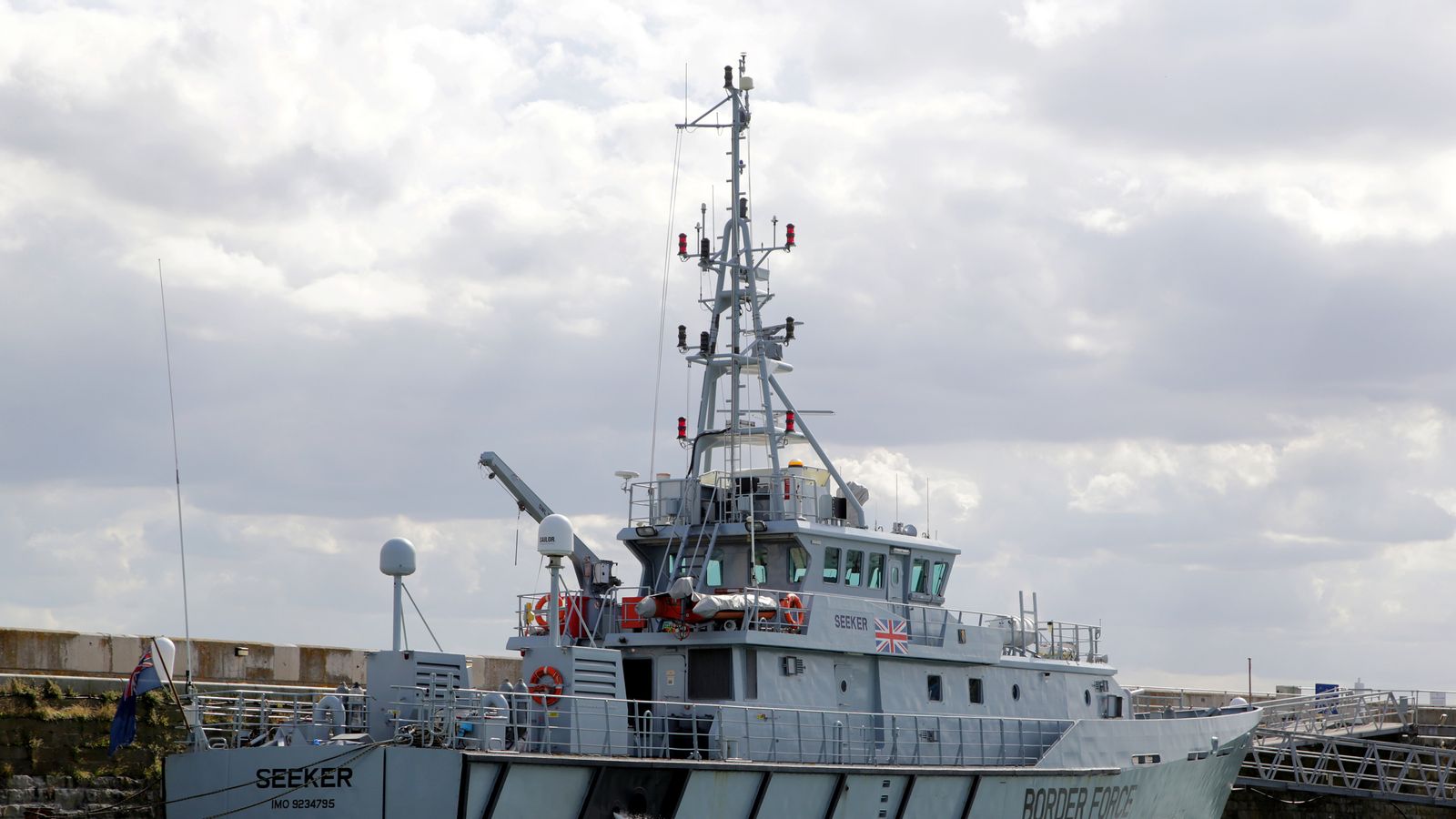 Eight migrants were found on a canal boat heading to the Kent coast and taken to immigration centers.

The Border Force was alerted to the small boat around 6:20 am and a cutter was deployed and intercepted the inflatable boat.

The men were taken to Dover, where they were medically evaluated and considered in good health before being transferred to immigration officials for interview.

Seven of the men are Iranian and one is from Afghanistan.

A Home Office spokesperson said: "Anyone who crosses the Channel in a small boat is taking a big risk with his life.

"Since the Home Secretary declared a major incident in December, two workers returned to UK waters from overseas operations, we agreed on a joint action plan with France and increased the activities of the Joint Coordination and Information Center in Calais.

"It is an established principle that those who need protection should apply for asylum in the first safe country they reach and since January more than 30 people who have arrived illegally in the UK on small vessels have been returned elsewhere in Europe."

Meanwhile, more than 200 migrants aboard two boats in distress in the Mediterranean were rescued by the Maltese authorities.

The boats containing 216 men, women and children were rescued by the Armed Forces of Malta on Friday night.

They will be examined by doctors and given a chance to seek asylum.

One of the women is pregnant.

A spokesman for the Malta Armed Forces said a patrol boat was sent to a rubber boat sinking in the south of the island.

After picking up the migrants, he was diverted to a second boat on the way to Malta, taking these migrants as well.

Officials say the good weather has taken at least 12 boats across the Mediterranean in the past two days.

They came from Libya, Tunisia and Algeria and went to Sicily, Sardinia and the small island of Lampedusa, which is closer to Africa than to continental Italy.

Another 390 people arrived this year in Malta, according to the International Organization for Migration.

People make dangerous journeys to Europe in the hope of a better life, often fleeing war and poverty.