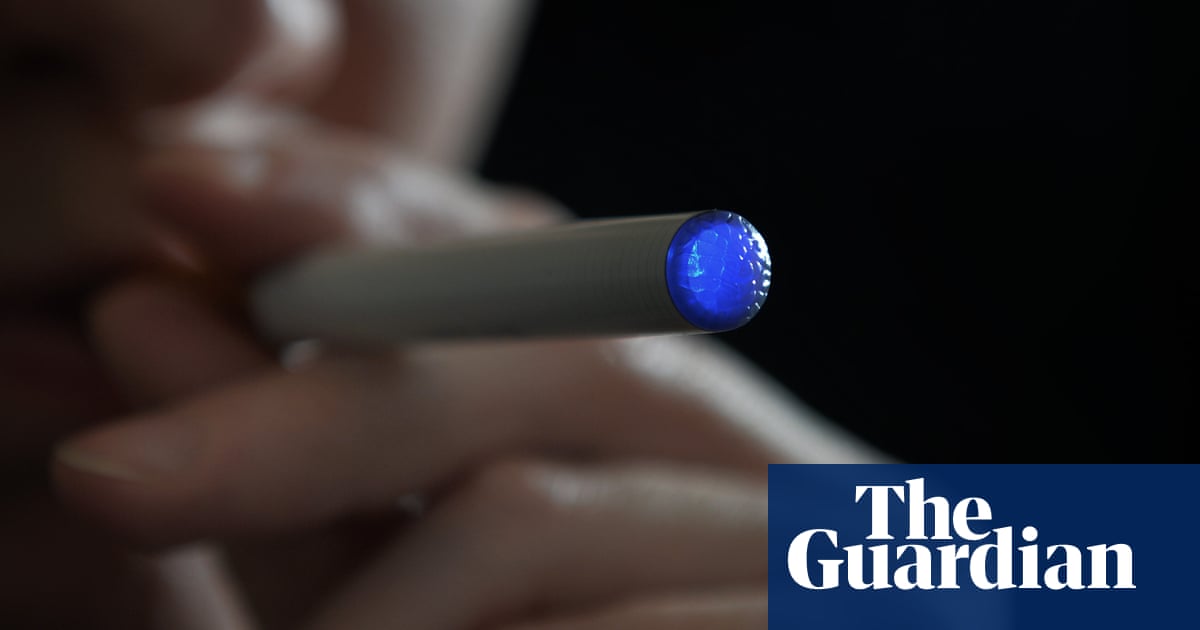 The sharp increase in the use of electronic cigarettes has not led more British children to accept cigarettes or consider smoking as normal, according to the first such study.

Some health experts and anti-smoking groups have expressed concern that the growth of e-cigarettes could normalize the idea of ​​smoking for young people.

But the study conducted by researchers at Cardiff University suggests that the number of teenagers who said they tried to smoke or that smoking was acceptable continued to decline despite increased use of electronic cigarettes.

The study, published in the journal Tobacco Control, examined data from England, Wales and Scotland and found that from 1998 to 2015 the percentage of children aged 13 to 15 who smoked fell from 60% to 19% while regular smokers the same age group dropped from 19% to 5%.

He also reported that the percentage of young people who reported experiencing a cigarette was "OK" dropped from 70% in 1999 to 27% in 2015.

The report also points out that in the same period there was a drop in the use of cannabis and alcohol.

The analysis, funded by the National Institute for Health Research and conducted in collaboration with academics from Edinburgh, Stirling, Glasgow and Bristol, has focused on three national surveys that seek the views of nearly 250,000 young people.

Dr. Graham Moore, based at the Center for the Development and Assessment of Complex Interventions for Public Health Improvement, said: "These findings suggest that fears about resurgence of smoking among young people due to increased use of electronic cigarettes are large unfounded to this day. .

"The nature of electronic cigarettes and the landscape in which they are sold and used continue to change rapidly, and we need to continue to closely observe how they affect young people. However, this study demonstrates the success of public health efforts in reducing smoking among youth over the past 20 years and provides no evidence that e-cigarettes are reversing it. "

Professor Linda Bauld of the University of Edinburgh added, "Teens across Britain were experimenting with e-cigarettes during the unregulated period, and recent data suggest that these trends have continued to this day. But the findings of this study show that smoking among young people has continued, however, to decline. "

The Welsh government was so concerned about the idea of ​​electronic cigarettes normalizing smoke that in 2016 tried to bring legislation banning them from enclosed public places where children are likely to be present. Opponents claimed that the ban could discourage smokers from switching to vaping to try to get rid of the habit, and the ban did not come into effect.

Suzanne Cass, CEO of the group, said: "We welcome the results of the study and we hope this reinforces the argument that electronic cigarettes are considered a highly effective smoking cessation tool and a much safer alternative to tobacco than the first. step to become a smoker. "

Simon Clark, director of the Smokers group Forest, said: "The study shows that there is nothing to fear from the growth of vaping.

"Young people's negative views on smoking also suggest that health risks are well understood. Now they need to be taught about choice and personal responsibility so that as adults they can make informed decisions without unnecessary state intervention. "