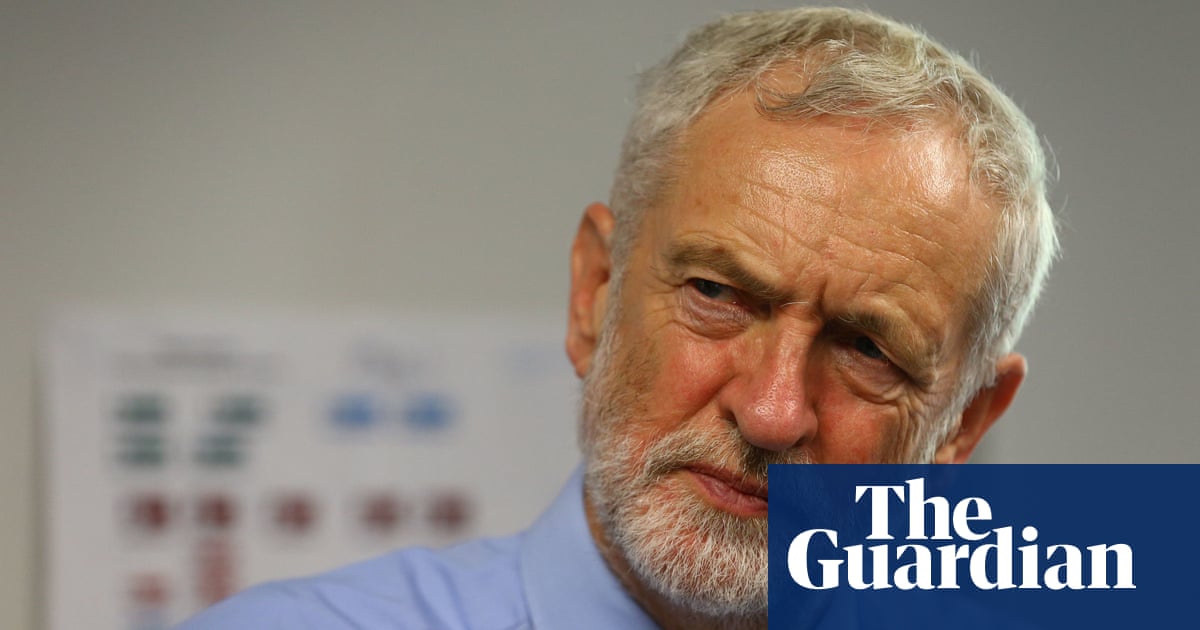 Jeremy Corbyn could face up to a dozen resignations from the Labor party if the party makes a second referendum as a way out of the Brexit crisis.

A number of junior shadow ministers told the Guardian that they strongly oppose the idea of ​​a second referendum, which they fear would expose Labor to a violent reaction on voters.

The development follows another tense day of arrogance in Westminster between Theresa May and the Labor leader as they seek a way out of the crisis involving the two main parties.

Corbyn declined to enter into negotiations with Theresa May on Thursday until she dismissed the idea of ​​a no-compromise exit and demanded that members of her party refuse similar invitations. Later, May wrote to Corbyn that the exclusion of non-negotiation was "an impossible condition" and asked him to participate in discussions between parties.

With no sign that the impasse is being broken, pressure is mounting on Labor to consider the so-called popular vote as the UK prepares to leave the EU on March 29.

With Corbyn's hopes of a general election dwindling as the prime minister narrowly wins the vote of suspicion, some Labor party supporters are pushing pressure on Corbyn to back a second referendum.

An instant poll conducted after the overwhelming defeat of Brexit's May plan found a 12-point lead to remain in the EU – the largest margin since the 2016 vote.

But the Guardian came in contact with several shadow ministers from constituencies who voted to leave the European Union, who say they would consider their positions if Corbyn allowed pressure to support a second referendum.

One said: "I would be in a really difficult position if we backed a second referendum. I would have little choice but to walk away if I had any hope of holding my seat and representing my constituents. "

Another said they left their point of view clear to Corbyn's office and to Brexit's shadow secretary, Keir Starmer.

"I would feel deeply uncomfortable in taking part in the vote of the people at this stage." Given all the commitments we made in the general elections, we have to do them.This concept of Brexit blocking is wrong and would break a bond with millions of our traditional voters who they expect us to keep our word, "said the shadow minister.

The Anti-Brexit campaign group, Labor for a People's Vote, published a list of 71 Labor MPs who support its case on Wednesday and claimed that many more supported private enterprise.

But parliamentarians who collaborated with the ruling say the numbers are accompanied by vehement opponents of a referendum, some of whom would be prepared to break the whip instead of supporting it.

Several shadow ministers, including Labor Party President Ian Lavery and shadow justice secretary Richard Burgon are also skeptical, believing that the party's priority should be to keep up the pressure for a general election.

Lavery made a passionate intervention against a new referendum at last week's cabinet meeting. Len McCluskey, secretary general of the Unite union, also said it would be a "betrayal" to try to reverse the 2016 result.

Gloria De Piero, the shadow justice minister, told the Guardian that she was not in favor of a second referendum. "I was in a manifesto that promised to respect the outcome of the referendum," she said.

Labor strategists did not rule out a free vote on a second referendum, believing that whipping parliamentarians to support or oppose a referendum would open a deep rift.

Lucy Powell, a Manchester Central MP, said that without Brexit's agreement, it was not clear what options would be offered in a second referendum – plebiscites were the wrong way to solve the complex situation.

"I think they are terrible ways to make rational decisions," she said. "And there's a band from the audience that would never forgive us."

At a meeting in Hastings, East Sussex, Corbyn remained uncompromising with the idea of ​​a second referendum, saying again that it remained as one of several options if an election did not happen.

Explaining why he was the only opposition leader not to meet with May for individual talks, Corbyn dismissed the discussions between the parties as a "feat," adding that May seemed unable to grasp the fact that his withdrawal agreement was " dead". "

"She seems to be prepared to send the country to a cliff," he said.

"If, at a time of national crisis, the prime minister asks the opposition leader to come and speak, of course he should," Blair told BBC Radio 4's Today program.

Another former Labor Prime Minister Gordon Brown has called for Brexit's deadline to be extended by one year as he said the country is now "more divided" than at the time of Margaret Thatcher's poll tax.

MEPs must force the government to extend Article 50 and then give the public the final say on a renegotiated Brexit agreement, he said.

Speaking in Edinburgh Thursday night, Brown condemned the "paralyzed and immobilized" parliament in Westminster and said there was growing anger from the public that wanted to get involved in the decision-making process.

In a further development, a survey conducted by YouGov with more than 1,000 voters on Wednesday found that 56% would now vote to remain in the EU, against 44% who want to quit.

Exactly the same proportion of voters said they wanted a second referendum in the EU – three points more than that recorded in a similar poll before Christmas. Support for the so-called popular vote among Labor Party supporters stood at 78%.

The remaining lead was further extended when respondents were asked to compare it with the May withdrawal agreement or with the option of leaving the EU without an agreement.

Against the agreement of the prime minister, they remain led by 65% ​​to 35%, while against the non-agreement was 59% to 41% in favor of remaining in the EU.