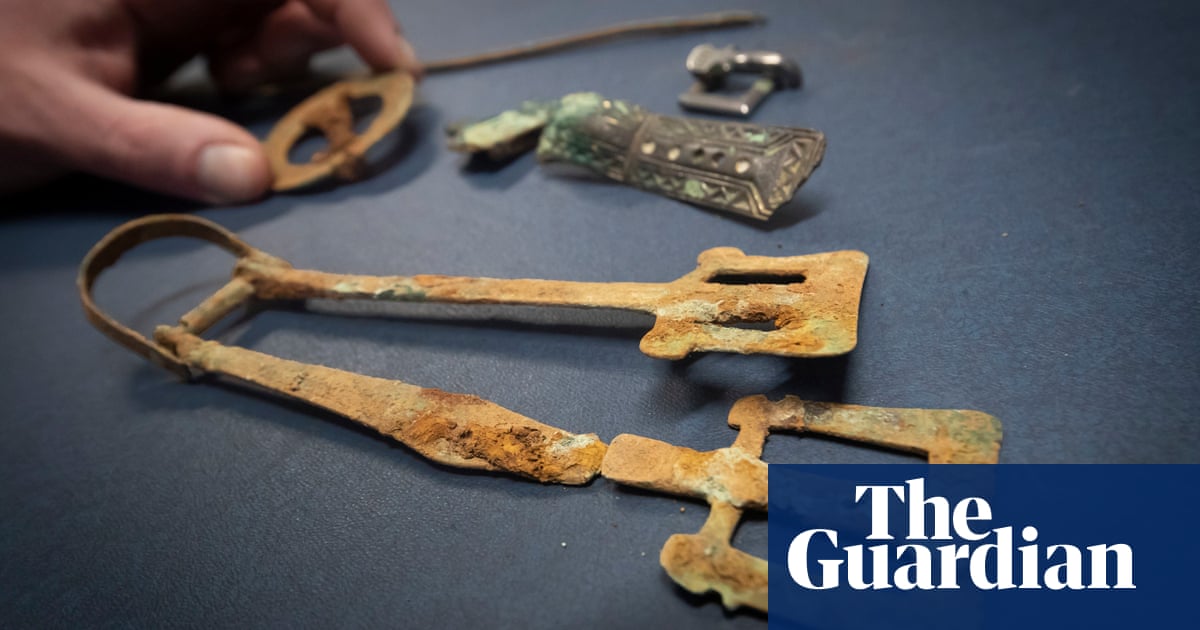 Archaeologists have discovered lavish burial sites for women in Lincolnshire from the 5th and 6th centuries, illustrating how the women of the time became resplendent.

Items recovered from the previously unknown Anglo-Saxon cemetery include jewelry made of amber, silver and glass, as well as personal hygiene items such as tweezers.

Dr. Hugh Willmott, a senior lecturer in European historical archeology at the University of Sheffield and leader of the excavation, said: "These women wore collars sometimes made from hundreds of amber, glass and crystal beads, personal items used as tweezers, fabric bags open. by elephant ivory rings, and wore elaborately decorated brooches to fasten their clothes.

"Two women even received silver finger rings and a silver buckle style commonly associated with the Jutish communities in Kent."

He described the latter as out of context in Lincolnshire, which was conquered by the Angles of Germany after the Romans left. Further investigations into one of the buried women using stable isotope analysis of teeth and bones revealed that she grew up in the chalk lands of South Downs.

"It's not just the objects that went up [the country] but the people themselves, "Willmott said. "This is showing, perhaps, that people were moving within the British Isles and also in Europe. There was more contact than we could expect.

The elephant ivory rings traveled farther afield from sub-Saharan Africa, which according to Willmott, in the context of the time, "might well have come from the moon."

He said the tweezers were presumably used to pluck hairs as they would be today, but their discovery should come as no surprise. "We have these impressions that people in the Dark Ages just threw mud at each other," he joked, "It's Monty Python that's the problem.

"But I think in all eras, men and women were interested in personal hygiene – it's also about health."

One of the most remarkable burials was that of a richly dressed woman who was buried with a baby wrapped in her left arm. By comparison, male burials were relatively unsurprising, producing spears and shields.

The cemetery excavation, containing 20 burials, was held during the summer by international volunteers, University of Sheffield students and members of the RAF. Its existence came to light last year when a local metal detector discovered a series of Anglo-Saxon artifacts, including gold brass clasps, iron shield shields and spearheads.

The university's archeology department is conducting a series of scientific investigations, which they hope to help discover more details about the place and the buried there, including their age, where they grew up, what they ate and where exactly in Africa the ivory came from.

Dr. Katie Hemer, a professor of bioarchaeology at the University of Sheffield and co-excavation leader, said: "Cutting-edge scientific techniques will enable Sheffield archaeologists to ask and answer important questions about the earliest Anglo-Saxon communities in East England."

The dig will be on the Digging for Britain on BBC4 at 9 pm Wednesday.