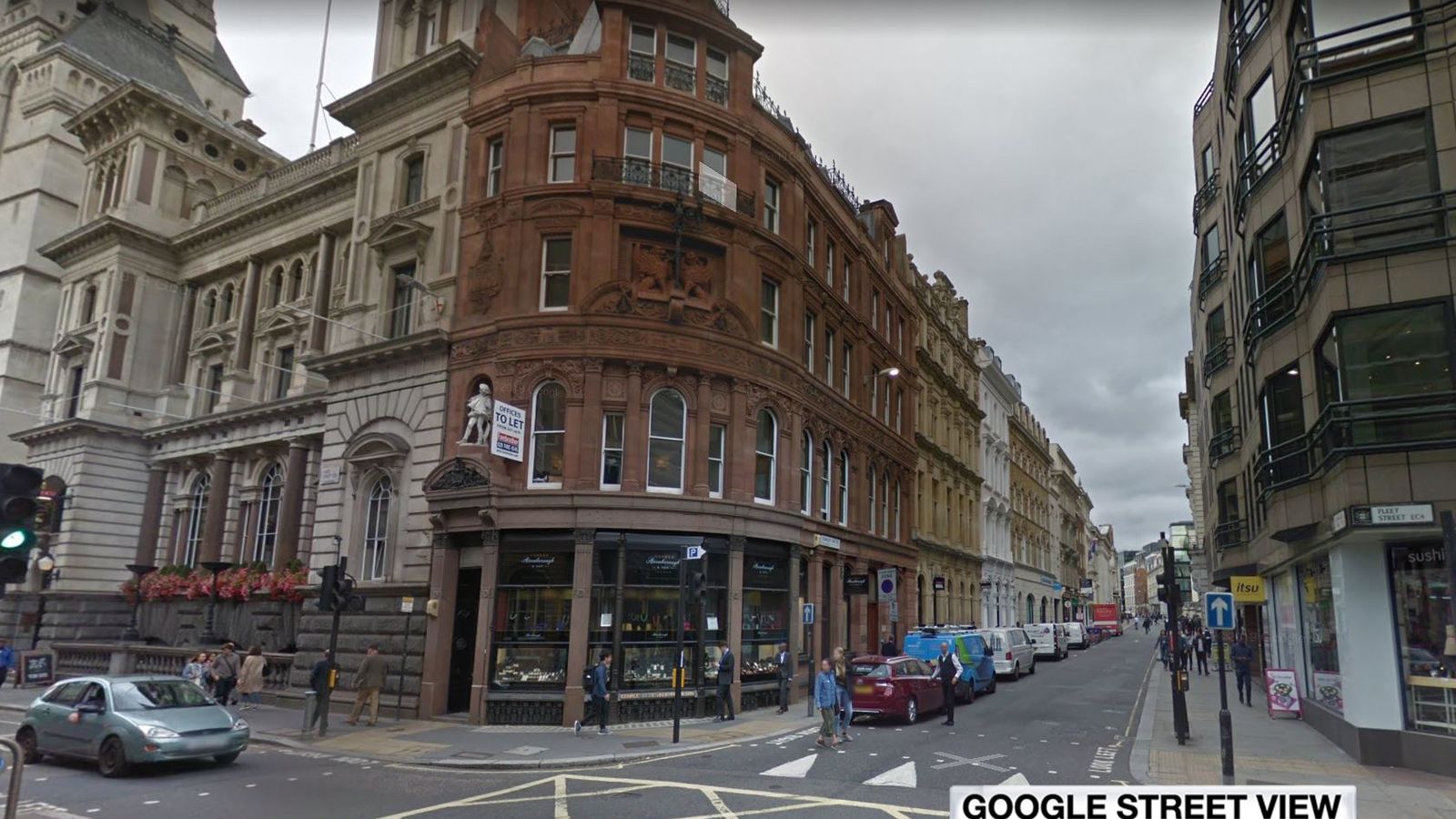 A luxury jewelry store was hit by a gang of thieves who allegedly "made their way" before helping themselves.

The thieves invaded the George Attenborough & Son Jewelers on Fleet Street in London sometime during the weekend, possibly with thousands of competitors passing through the London Half Marathon.

Police were called shortly before 2 am on Monday.

Detectives said a "quantity" of jewelry was stolen, but no arrest was made.

Jewelery was founded in 1843 and is described as "one of the last vestiges of Victorian England".

He advertises items that are worth tens of thousands of pounds on his website, including a diamond ring that is worth just under £ 100,000 and bracelets with price tags approaching £ 70,000.

The Sun reported that thieves had dug a tunnel into the building, but police did not confirm that.

The newspaper said the gang invaded a secret passage linking the jeweler to another store nearby.

They could have spent up to two days inside, while the jewelers were closed all weekend.

The police encouraged all witnesses or anyone with information to call 101 or Crimestoppers anonymously on 0800 555 111.

They said: "Inquiries are ongoing to establish the circumstances and identify those responsible.

"We are not providing more information at the moment, and we are not releasing details of what was stolen."

The assault happened only a short distance from the Hatton Garden Safe Deposit company, which was attacked by a gang of thieves in April 2015.

Only a few weeks ago, alarmist Michael Seed became the 10th person convicted of this crime.

Of the 13.6 million pounds of property stolen in that robbery, only about a third were recovered.