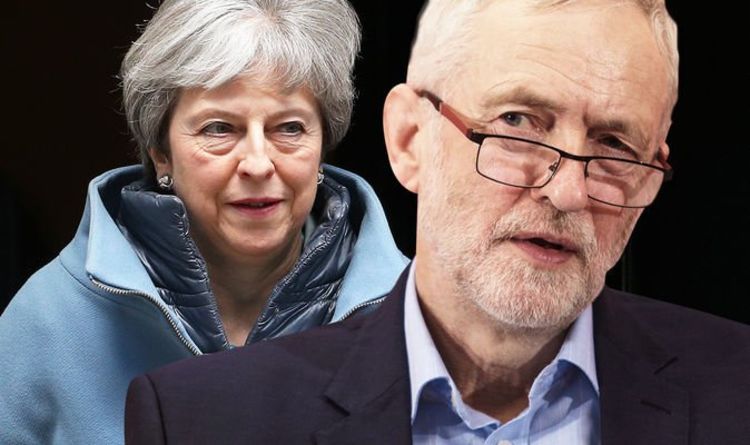 The prime minister insisted he wants talks between the parties with the opposition until next week, after the results of the council elections this Thursday. Eurosceptics within the party were warned that an agreement with Jeremy Corbyn to deliver the Brexit would be better than the disaster of not honoring the outcome of the referendum. During a cabinet meeting yesterday, Ms. May was backed by Environment Secretary Michael Gove, who insisted that ministers should support an agreement with the Labor Party as it is not the only way to turn over Brexit.

A cabinet source told the Daily Telegraph: "It was clear that the Cabinet rejected a second referendum or a general election, Parliament has not rejected any agreement and the current agreement, which does not leave many options remaining.

"But the Brexiteers in the room, particularly Andrea Leadsom, were unhappy with the way the PM is dealing with it."

Negotiations between Labor and the Conservatives have so far proved fruitless in recent weeks.

Corbyn is a proponent of a customs union but has refused to agree to the demands of a second referendum on the final agreement of Brexit at a meeting of the National Executive Committee of the Labor Party to appease the Conservatives.

READ MORE: Nigel Farage leaves the panel of Brexit Party in HYSTERICS as he mocks Soubry

As time passed in the negotiations, Chief Whip Julian Smith would have told the Cabinet that it was now "time to become real".

A government source also said the talks between the two sides were "warmer" than the previous month's meeting.

They added, "Previously, it looked like they were just going through the motions, but now it looks like they're getting more involved."

Ms. May plans to reach a compromise with the Labor Party as the prime minister believes she can still avoid the European elections if she gets her deal approved next week.

Recently, Foreign Minister Jeremy Hunt insisted that the idea of ​​a general election over the failure to deliver Brexit made the House "shake."

Hunt said, "Conservatives tremble because we promise to do this, but Labor also shakes because they think they can be blamed for it.

"That's why I think we need a collective effort to get through this."

Asked if the UK could get a Brexit agreement through Parliament before the EU elections, Mr Hunt added that it was getting "harder to see" if it could be possible.