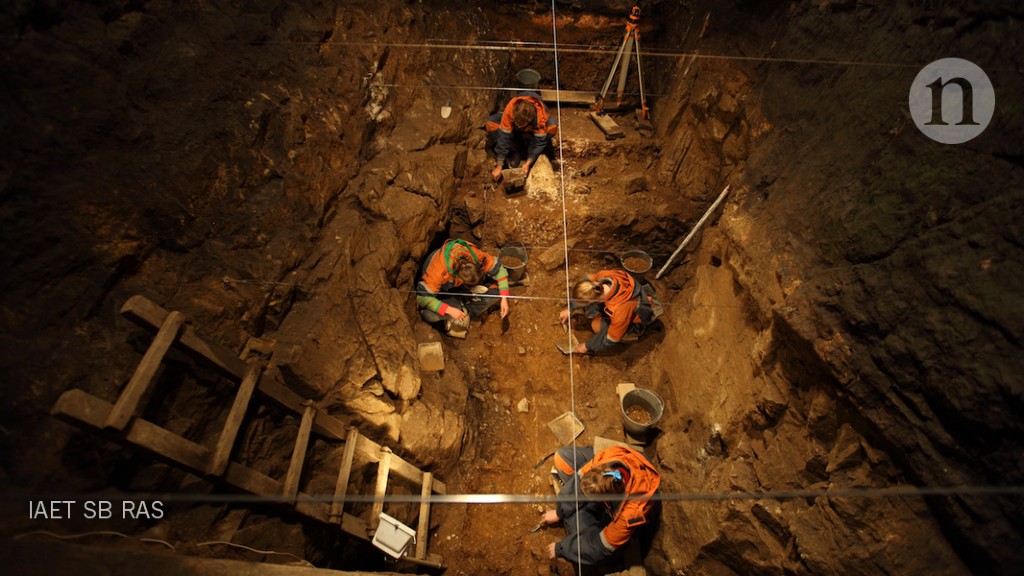 Neanderthals and Denisovans may have lived side by side for tens of thousands of years, scientists report in two articles Nature1,2.

The long-awaited studies are based on the analysis of the bones, artifacts and sediments of the Denisova Cave in southern Siberia, which is dotted with ancient human remains. They provide the first detailed history of the site's 300,000-year occupation by different groups of ancient humans.

"We can now tell the whole cave story, not just bits," says Zenobia Jacobs, a geochronologist at Wollongong University in Australia who led one of the studies.

Soviet archaeologists began to unravel the history of the Denisova cave at the foot of the Altai Mountains in the early 1980s. Since then, scientists have found the fragmentary remains of nearly a dozen ancient humans on the site. The cave became world-famous in 2010 after an analysis of the DNA of a tiny hominine bone discovered that the creature was different from modern humans and Neanderthals.3. It belongs to a previously unknown group of hominids, later called Denisovans.

Further sequencing of the DNA in the bony remains of the cave found that Denisovans were a sister group to the Neanderthals, and may have lived throughout Asia – where they intersected with the ancestors of some humans who now live there.4.

Last year, the site produced another spectacular discovery: DNA analysis of a fragment of long bones revealed the first known hybrid of two ancient human groups, a woman – nicknamed Denny – whose mother was a Neanderthal and father of Denisovan.5.

Most of the remains of the cave are older than the 50,000-year limit of the radiocarbon dating technique used in organic materials, and efforts to use other methods to date the sediments in which the remains were buried were hampered by the lack of a Good map. of the geological layers of the cave. Many scientists fear that disturbances in the cave, such as animal dens, have subverted their contents so that debris and artifacts no longer fit in similar sediments.

To overcome these challenges, researchers led by Jacobs and Richard Roberts, a Wollongong geochronologist, used a dating technique that determines when individual soil grains were last exposed to light.1. This allowed them to identify regions of the cave where the soil had been disturbed, so that adjacent grains returned very different dates. They could then omit these areas when they date sediments in the same geological layer as hominin remnants and tools.

The earliest signs that any ancient human species occupied the cave are stone tools – excavated from the 1980s – dating to about 300,000 years. But the researchers could not figure out whether Denisovans or Neanderthals did that. Denisovan's remains from the cave (including some DNA that were leached into the ground) date back 200,000 years and 55,000 years ago, while the earliest remnants of Neanderthal are about 190,000 years old and the youngest date back about 100,000 years ago.

Researchers can not find out precisely when the groups lived together or whether they have already shared the cave. But the existence of the hybrid individual – who lived about 100,000 years ago – means that the groups must have lived close enough to each other to meet at that moment. In addition, Denny's father harbored a small genealogy of Neanderthal descendants, suggesting that his ancestors had already crossed with the Neanderthals.

Homo sapiens may also have lived in the cave, the researchers suggest. Pendants and bone instruments – similar to those made by the first modern humans in Europe – from the younger layers of the cave date from 49 to 43 thousand years, reports a team led by archaeologists Katerina Douka at the Max Planck Institute for the Science of Human History. Jena, Germany, and Tom Higham, University of Oxford, UK, in the second Nature paper2.

The researchers dated a hominin bone about 46,000 to 50,000 years ago, but could not retrieve any DNA to investigate which species they belonged to.

No other H. sapiens remains of this period, known as Upper Paleolithic Initial, were found in the Denisova cave or in the highest region of Altai. For this reason, the Russian archaeologists leading the excavation argued that the Denisovans made the artifacts, which are more sophisticated than the site's oldest stone tools. But Higham would like to see more evidence before connecting the artifacts to any group. "It is possible that the Russians were right," he said, "but we can not be sure with the evidence we have."

Hybrids similar to Denny are another suspect, says Robin Dennell, an archaeologist at the University of Exeter, UK, and author of a follow-up essay on the studies.6.

It is also possible that whoever made the artifacts was influenced by contact with H. sapiens, he says. "I would be very surprised if the Initial Upper Palaeolithic in Denisova was done by Denisovans or Neanderthals without any contribution from our species."

Sign up for the diary Nature briefing news by email

Keep up with what's important in science and why, handpicked Nature and other publications around the world.