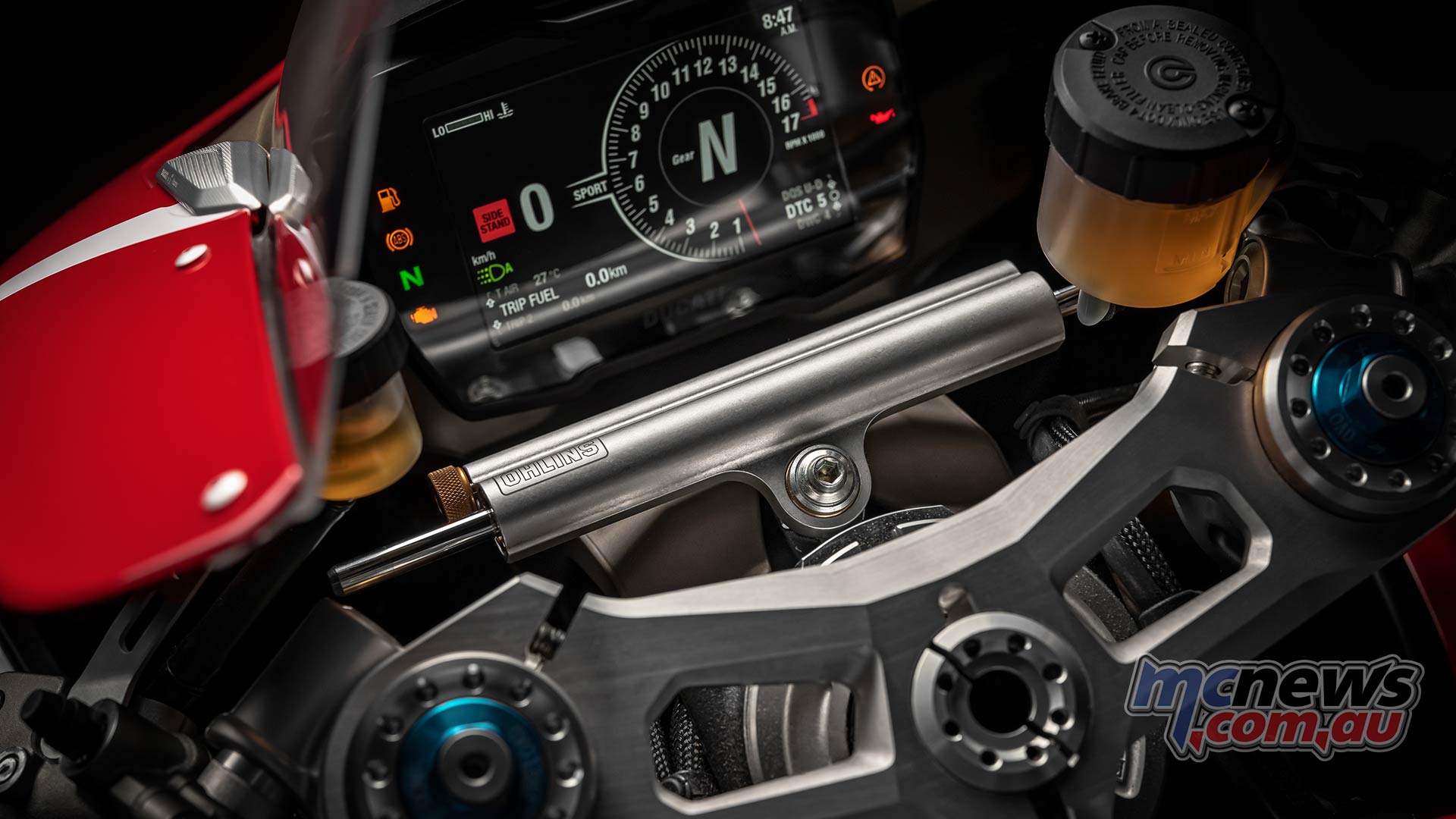 This is the machine designed to face the World Superbike and that will probably also reach the tracks of Australia at the hands of Ducati legend Troy Bayliss.

Josh Brookes will also be lighting up the tracks of the British Superbike in 2019 aboard this new demon Desmo.

For this road recordable special ratification the 1103cc Desmosedici Stradale engine of the regular Panigale V4 is reduced to a 998cc version. This is to comply with race regulations and is tuned to a higher state of competition readiness.

A stunning 221hp is available at 15,250rpm, while an exhaust Ducati Performance from Akrapovič increases power to 234vp at 15,500rpm.

Together with the race-specific engine and modified suspension configuration, the 2019 V4 R also features a new fairing designed by Ducati Corse in collaboration with the Ducati Style Center, further enhancing aerodynamic efficiency.

Particularly noteworthy is the inclusion of the airfoil appendages that originate from MotoGP prototypes, with the construction of carbon fiber for greater stability, with Ducati stating that they help reduce reliance on electronic controls, as well as aiding the pilot's confidence .

Claudio Domenicali presented the most powerful Ducati factory motorcycle, with the brand sporting this new machine as a WSBK category competition bike, which will be the technical base for the Ducati Superbikes that will compete in the World Championship from the 2019 season.

"The Ducati has reached an impressive degree of maturity. It is a global banner of some of the best aspects of excellence Made in Italy. Based on the core values ​​of style, sophistication and performance, our company now offers a range as wide as it is state-of-the-art. This year is the first major redesign of the Scrambler range since its inception, as well as a complete renovation of Diavel and Hypermotard, two Ducatisti favorites. Nowadays, safety and ease with the driver have reached new heights, however, the sporting soul of the brand is as evident as ever. The Panigale V4 R, in fact, is the most powerful factory motorcycle ever built by Ducati. We are also delighted with our online presence, an area of ​​outstanding growth, confirming the extraordinary appeal of the entire Ducati product line. "