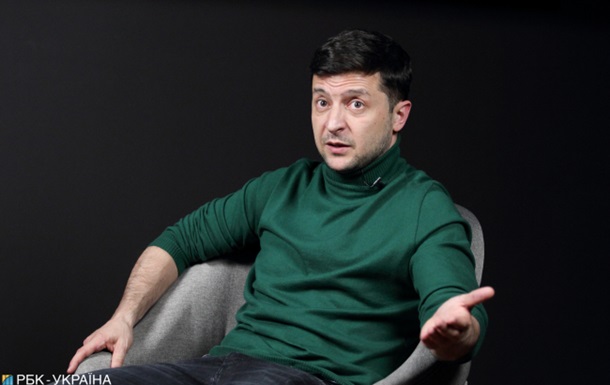 The presidential candidate spoke about his vision of the next convocation parliament and shared his plans to create a Russian-language media portal for Donbass.

Presidential candidate Vladimir Zelensky said he was counting on a majority on the Verkhovna Rada next call. He also opposes the special status of the Donbass. Zelensky said in an interview with RBC-Ukraine, which was published on Thursday, April 18.

Thus, Zelensky noted that he was not ready to join the former "regional" and the political strength of Petro Poroshenko.

I'm sure … But I think they will go to the Verkhovna Rada, and maybe he (Svyatoslav Vakarchuk, – ed.) Can you explain there that your partisans say he is a democratic force, Gritsenko will, Gritsenko will, they will go with Sadovy, and then, I will tell you, this is a difficult time in general to join one of them. Zelensky.

In addition, the presidential candidate of Ukraine, Vladimir Zelensky, believes that the Donbass should not have a special status. In addition, it excludes the adoption of a law that guarantees amnesty to the separatists.

"I think this is our big story in general, and we will have to get out of this criminal situation for a long time. It is here, perhaps, that the information war will help us. that Ukraine needs them "as Ukraine needs them, and that they are the same Ukrainians. But many humanitarian steps will have to be taken, a lot, "Zelensky said.

In his view, the residents of the Donbass, controlled by the separatists, and the rest of Ukraine are separated by a wall of information.

"What our politicians say is: build a wall and so on." It was built, but not made of bricks. "It was even worse built." The walls are not, but it's frighteningly informative. .. that we do not talk to them is the most terrible thing, "Zelensky emphasized.

The candidate noted that one of his team's initiatives, which is to create a Russian-language European media portal for true event coverage in Ukraine, would help.

"Let this impulse go, give them a helping hand, say: we're waiting for you, look, now you're hostage, that's what you need to say, they're our hostages there," he added.

"Of course," Zelensky answered the question of whether Putin is an enemy to him.

Recall Zelensky also said that he communicates directly with Igor Kolomoisky. At the same time, only business is discussed in meetings with the oligarch.