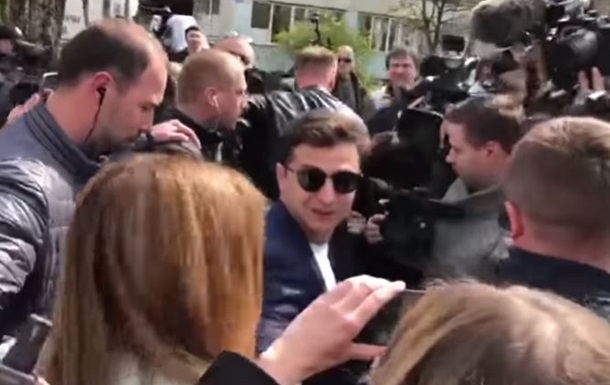 Zelensky arrived to vote in the polling station

During the discussions at NSC Olimpiyskiy, Zelensky used the word "rebels" by reading the question of the availability of Roshen products in the LNR separatist rations.

Presidential candidate Vladimir Zelensky said he used the word "rebels" in relation to LDNR separatists, because "it was written on the president's website." He explained his statement during the NSC Olimpiyskiy debates on Sunday, April 21, before voting, reports to Radio Freedom.

"This is done by rebels, boys and girls. It was written that way on the president's website." The rebels are against Ukraine, "Zelensky said.

Recall, during the Olympic debates on April 19, Zelensky read the Ukrainians' questions to President Petro Poroshenko. In one of them, it was said whether it was true that the rations? DNR & # 39; and & # 39; LPR & # 39; were provided by Roshen.

As reported, after the vote, Zelensky showed his bulletin to reporters, for which he received an administrative protocol from the police.