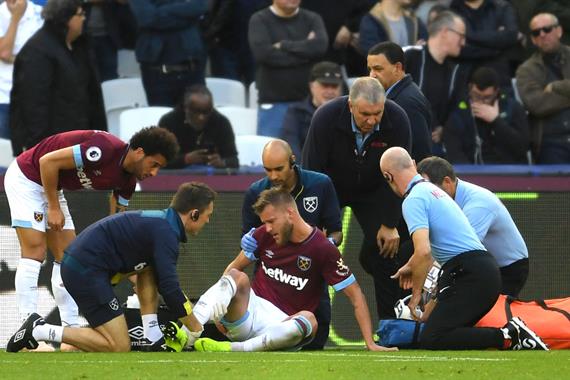 Manuel Pellegrini has confirmed that Andrei Yarmolenko will no longer play this season.

West Ham coach Manuel Pellegrini spoke about Andrei Yarmolenko's recovery after injury to the Achilles tendon, saying the Ukrainian will not be in the field this season.

"Andrei is already running and can hit the ball, but he will not have time to get on the field before the end of the NPS season," Pellegrini began.

"The Achilles tendon is one of the most difficult injuries, because you can not accelerate recovery and wait for the tendon to heal, I think he should not play this season, it's much more important to have a good pre-season preparation."

"We are going to see a football player who has been invited because he is a very strong player," said Yarmolenko, , said Pellegrini. Sky Sports.

Yarmolenko was injured in October last year in the Premier League's 9th round match against Tottenham. The Ukrainian was diagnosed with severe damage to the Achilles tendon.

Yarmolenko in the first incomplete season for West Ham participated in 10 games in which he scored two goals and gave an assistant.