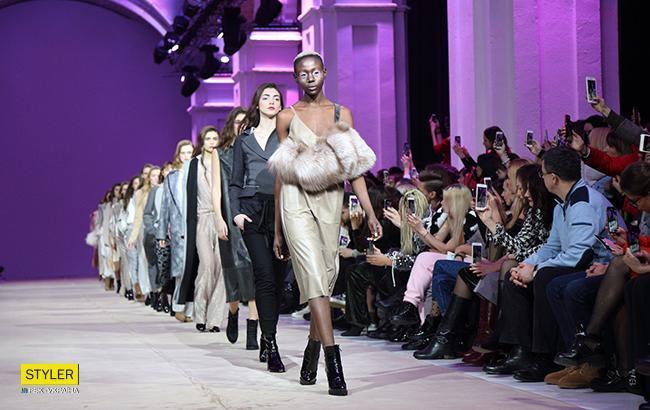 The participant decided to leave the show on his own.

The Ukrainian reality show "Top Model in Ukrainian" decided to leave one of the strongest participants of the project. He said this by communicating with journalists.

"I was behind the scenes and I thought that outside the project I have a family, Yasya." And instead of being with them, I sit on the butt and fight with the youngsters.My mother needed my physical and financial help.And Yasa also needed me I understood that it was time to leave the project, "said Dmitry Toporinsky.

At the same time, according to the young man, he "will still prove to all that he can work as a model".

"Yes, this decision was not easy, but it was the only truth for me. I will proudly carry the title of participant of" Top Model in Ukrainian. "And despite my 28 years, I'll prove to everyone that I can work as a model," he emphasized.

By the way, popular Ukrainian singer Olya Polyakova, who recently had a spicy embarrassment during her performance, participated in the spicy photo shoot "Taming of the Shrews" of the second season of reality, "Top Model in Ukrainian".

Let's remember, previously Polyakova caused a real stir in the network, having published his completely "naked" photos. At the same time, on the side of the singer's fans, the positive and negative critics of her actions fell. However, Polyakova was not surprised and gave a difficult answer to the enemies.