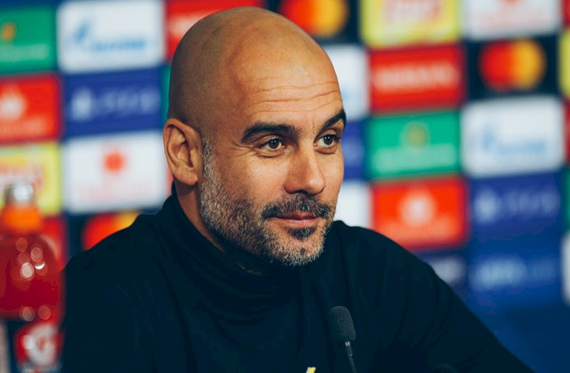 Manchester City coach Pep Guardiola said he could not count on several players in the Champions League group stage match against Lyon.

"Bernardo Silva will soon be back on the line, and Gabriel Jesus had difficulties during training, he is not ready to take the field. Ilkai also has a small damage," Guardiola said.

"Of course, I would like to have the whole team available, but now the situation is as follows: we will work with players who are ready for the fight and try to perform well.

"Tomorrow we will have a great opportunity to reach the playoffs, but we have lost a match, but we have recovered from that result by answering correctly, but we must take the final step – to win another match."

Phil Foden, as well as the Ukrainian Alexander Zinchenko, came to Lyon with the "citizens", who speak of the confidence of the coach and his team mates.

When asked by a reporter about whether the young midfielder is ready to play in an important Champions League game, Guardiola replied: "Of course, he impressed us with his game in the preseason games and in the training sessions."

"Phil gains experience and gets stronger: he's ready to play on the main team. Foden is different in every match, so he's with us."

The fifth round match of the Champions League group stage between Lyon and Manchester City will take place on Tuesday 27 November. The meeting starts at 10:00 p.m., Kiev time.