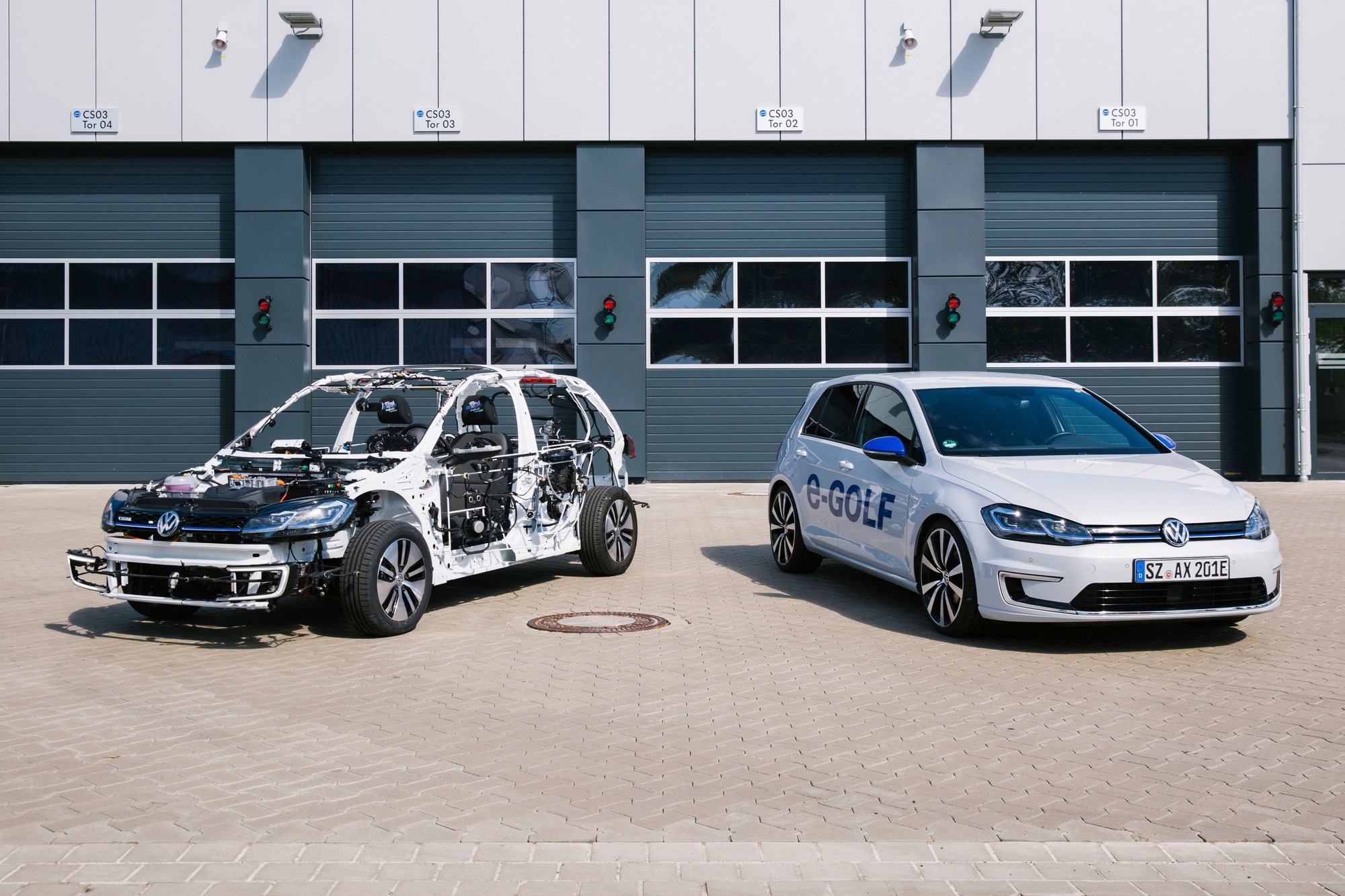 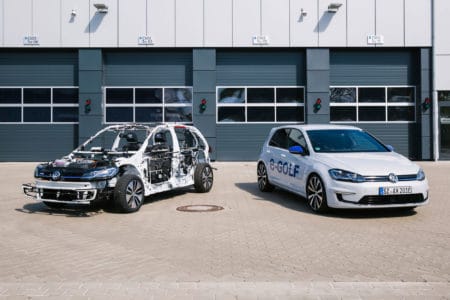 The German automaker Volkswagen has introduced an unusual eGon showcar, which is a "stripped-down" e-Golf electric car. The novelty will be shown at the upcoming IdeenExpo exhibition in Hannover, where interested visitors can assemble it. The event is aimed at young people interested in exact sciences and high technology.

It is indicative that the Volkswagen eGon was developed by young trainees of the company, who have not forgotten what interested them a few years ago. Body panels and missing body fragments open to the eyes all the major components of an electric vehicle, including an electric motor, a battery, as well as electronic control and wiring.

QR codes are applied to key elements of the concept, which can be scanned and transferred to the information resource of Volkswagen, which describes in detail the purpose and principle of operation of a specific website. At the booth there will also be trainees who can easily explain the incomprehensible moments. 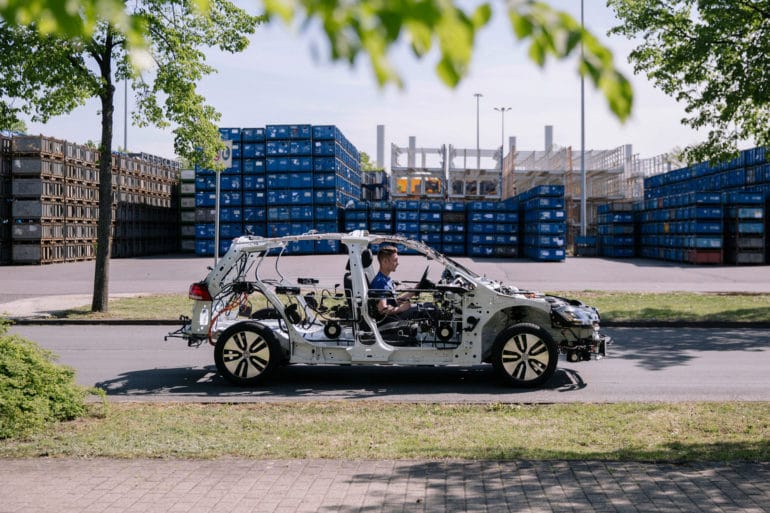 As you can imagine, with the help of this concept, the company decided to show the younger generation exactly how an electric car is made and what happens to their moving nodes. Thus, Volkswagen hopes to attract more students to technical schools and, in the future, to hire me.

Recall that Volkswagen is developing a new low-cost MEB platform entry, which will allow electric cars to be launched in the market at a price of up to 20 thousand euros. His debut is set for 2023, the eldest will be a model of Seat or Skoda.