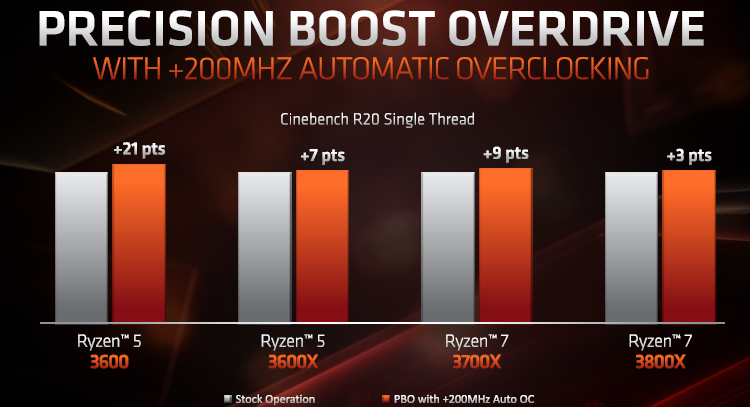 AMD company when creating Ryzen processors initially paid close attention to the possibility of increasing clock frequencies to increase performance. As new generations of processors have arisen, the functions responsible for dynamically changing the frequency, depending on the performance of the cooling system and the nature of the computational load, have improved. In addition, AMD has provided these processors with a free multiplier, freeing the hands of independent overclockers.

The transition to new lithographic standards, as a rule, opens new horizons in overclocking processors, although in recent years the increase in frequency potential has inexorably decreased with each new stage of lithography. After visiting the press event, PCGamesN was filled with new ideas from AMD representatives.

First of all, they ask not to expect too much from older Ryzen 3000 CPUs in terms of overclocking. AMD has eliminated nearly as much of these processors as possible for standard cooling conditions. The maximum that an overclocking fan can expect when using an air cooling system is a frequency increase of a few hundred megahertz.

Processors with a TDP level of no more than 65 watts in this sense represent a much greater potential. With proper cooling, they can significantly increase the speed of the system along with their clock frequencies. On the other hand, AMD representatives admit that so far they have not spent so much time in overclocking experiments to make categorical statements. We recall that the Ryzen 9 3950X processor with sixteen cores can automatically increase the frequency of some part of them to 4.7 GHz, the Ryzen 9 3900X processor with twelve cores is designed to achieve the 4.6 GHz threshold.

The more attractive, given the potential processor overclocking in the new family, AMD representatives consider the Ryzen 7 3700X with eight cores, which will be offered for $ 329. Like other processors in the family, it will be equipped with solder under the cover of the heat distributor, and the quality of the thermal interface in that sense can greatly influence the overclocking results. Those complaints of overclockers at one time forced Intel to abandon the use of plastic thermal paste under the cover of the older models of the Coffee Lake Ref processors in favor of welding. In the limit frequency modes, the weld allows to gain up to five or more degrees Celsius in temperature conditions, which favors not only the noise level of the cooling system fans but also the durability of the processor.