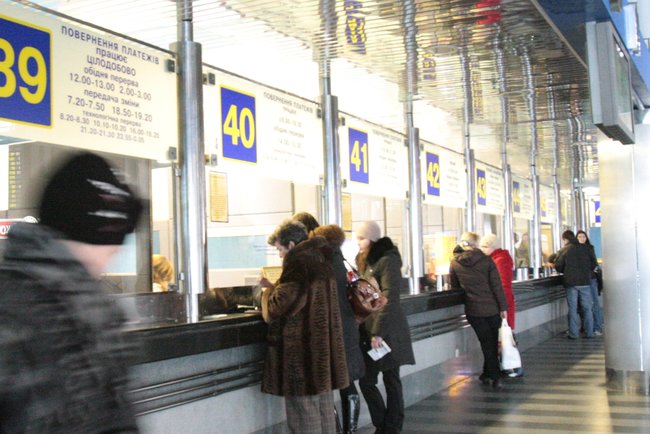 "Ukrzaliznytsya" (UZ) has opened ticket sales for all passenger trains departing from December 9 to 20. This was reported by the carrier's press service.

You can buy tickets for trains departing after December 20 online or at the box office of the trains after December 5th. And as of December 9, a new schedule for passenger trains for the years 2018/2019 will take effect.

In addition, UZ plans to name additional trains for the New Year and Christmas holidays. In total this year it is planned to launch about 30 pairs of such trains. Basically, they will run towards the winter resorts of Ukraine – Ivano-Frankivsk, Uzhgorod, Lviv, Chernivtsi.

"The sale of additional train tickets will be open after all seats are held on the trains throughout the year," he said. – remembered in "Ukrzalynitsa".

Recall previously reported that in Ukraine there was a shortage of train tickets. Ticket sales were suspended due to the launch of the Kiev-Borispol airport train.

"The purpose of this train significantly influenced the schedule in the Kiev node, which resulted in small changes in programming across Ukraine," – explained the director of the domestic and international passenger traffic department Alexander Krasnoshtan.

How is it known? as of October 1 in Ukraine train tickets rose. Tpassenger traffic increased by 12%. Total growth for the year will be around 25% because The first stage of increase – also of 12% – occurred on May 30.

At the same time, as of September 1, prices of rail passenger traffic have been reduced. This was done in the context of the start of the indexation coefficient 1.02 to the tariffs for the transport of passengers in internal communication for calendar periods. Since October 1, the index has dropped again – to 0.93.

At the moment, you are watching the news "Ukraine resumed the sale of tickets for the train" December. "" Other transport news, see the block "Latest News"