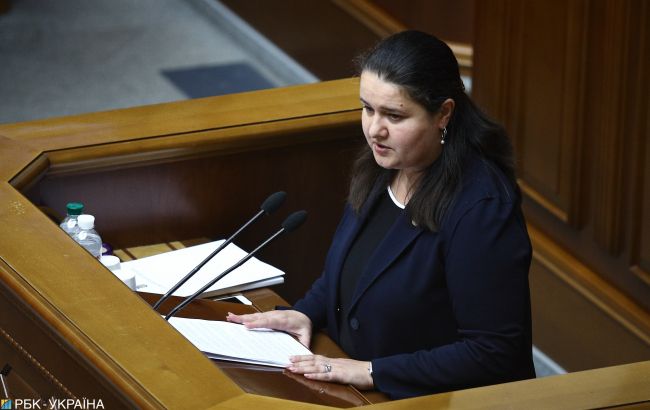 According to the updated forecast, the dollar will cost 27 UAH

The Cabinet of Ministers of Ukraine forecasts that the average hryvnia exchange rate for the dollar in 2020 will be 27 UAH / dollar. This was announced at the presentation of the draft state budget 2020 by Finance Minister Oksana Markarova, corresponding reports from RBC-Ukraine.

In addition, the forecast is improved compared to the previous one (28.2 UAH / dollar), which was set in the state budget for 2020 at first reading.

As Markarova states, the dollar is set in the government's macro forecast.

"The macro forecast, which we approved earlier, which is being prepared by the Ministry of Economy, contains an average rate of 27 hryvnias per dollar," he said.

After the first reading of the state budget, the Ukrainian Ministry of Economic Development, Trade and Agriculture changed the macro forecast to 2020, setting a rate of 27 UAH / dollar.

At the same time, the optimistic scenario of the Ministry of Economy set the rate at 24.8 UAH / dollar.

As reported by RBC-Ukraine, the National Bank of Ukraine from January to October 2019 bought in the interbank foreign exchange market for $ 4,581.5 million and sold for $ 479.2 million. Thus, since the beginning of the year, the National Bank's net foreign currency purchase reached US $ 4102.3 million.