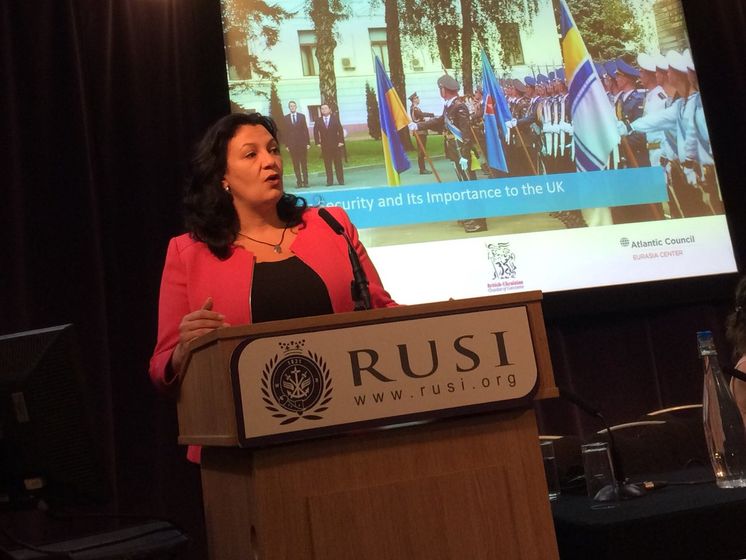 Those responsible for the attack on the public activist Yekaterina Gandzyuk should be brought to justice. About this wrote British Embassy in Ukraine Judith Gough on Twitter

"She is terribly saddened by the news of Katerina Gandzyuk's death," she said, "with courage and dignity, she fought with terrible wounds, and it is important that those responsible for this terrible attack be brought to justice."

Terribly saddened to hear that Kateryna Handzyuk died. She fought her horrible wounds with courage and dignity. It is important to note that terrible attacks are blamed. https://t.co/by7rWFzLAw

Gandzyuk was soaked with acid the morning of July 31, near the entrance of his house in Kherson. It received chemical burns of more than 30% of its body and the acid was in the back, head, arm and also in the eyes. On August 1, she was taken to Kiev for further treatment. Gandzyuk has gone through more than 10 operations.

In the case of Gandzyuk, the alleged organizer of the attack, Sergei Torbin, Vladimir Vasyanovitch, Vyacheslav Vishnevsky, Viktor Gorbunov and Nikita Grabchuk, who, according to the investigators, murdered the activist with sulfuric acid, were arrested. They are participants in hostilities in eastern Ukraine as part of voluntary training. Clients of the crime have not yet been named.

November 4, Catherine Gandzyuk died. Police have requalified open criminal cases over the fact of the attack of the article "assassination attempt with particular cruelty" to the article "premeditated murder".

Sources at the UN agency, as well as ZN.UA publications, reported that Gandzyuk had a thrombus and this caused his death. The official results of the examination are not yet available and may be known until November 7, lawyer Masi Nayem said on Nov. 5.

On 4 November, lawyer Evgenia Zakrevskaya stated that transferring the criminal proceedings against the perpetrators of the Gandzyuk murder in its current form would make it impossible to bring the perpetrators to justice. According to her, two productions – the SBU for customers and the National Police for artists – must be combined into one.

On November 5, the National Police reported that criminal cases in the Gandzyuk case were transferred to the Ukrainian Security Service, which is dedicated to investigating the establishment of a crime.