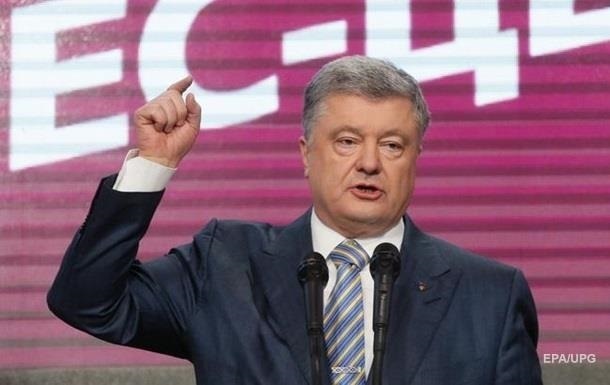 The media told the details of the case against Poroshenko

The state's investigations department has opened a criminal lawsuit over the "seizure of power" Poroshenko, Parubiy and Groysman.

MEPs from the opposition bloc Nestor Shufrich and Vasyl Nimchenko have appealed to the State Department for investigations into the seizure of state power by former President Petro Poroshenko, speaker Andrei Parubiy and Prime Minister Vladimir Groisman. This writes the magazine Mirror of the Week.

According to journalists, the appeal was received by the State Security Committee about a month ago, and now the interrogations have begun.

MEPs claim that Poroshenko, Paruby and Groysman, "acting together, in collusion, with a direct intention to take unconstitutional and illegal power of state power …, resorted to abuse of power and direct violation of constitutional rules … ".

According to the plaintiffs, the former head of state, the president of the parliament and the head of the Cabinet of Ministers committed "crimes involving the seizure of state power, collusion in their apprehension, abuse of power and official position."

From the point of view of Nimchenko and Shufrich, at the time that Groisman was appointed prime minister, there was no coalition in the Rada formed according to the requirements of the Basic Law.

Deputies consider this a direct violation of the Constitution and a criminal offense, asking the RRT to consider its appeal as a crime report and to insert the relevant materials into the Unified Pretrial Investigations Register.

The publication notes that the document was sent to the State Security Committee prior to the decision of the Constitutional Court on the constitutionality of President Vladimir Zelensky's decree on the dissolution of the Verkhovna Rada.

In addition, the Office of the Specialized Anti-Corruption Prosecutor opened a case on embezzlement in the energy sector, Poroshenko himself and the representative of his faction in the Rada Igor Kononeko have become the defendants.

Poroshenko himself case GDI in connection with the incident in the Straits of Kerch considers an attempt to transfer responsibility of the Russian Federation.

"But now the parliamentary appeal is becoming more dangerous for the people mentioned, because the verdict of the Constitutional Court has indirectly confirmed the absence of a coalition in the Rada," the text says.