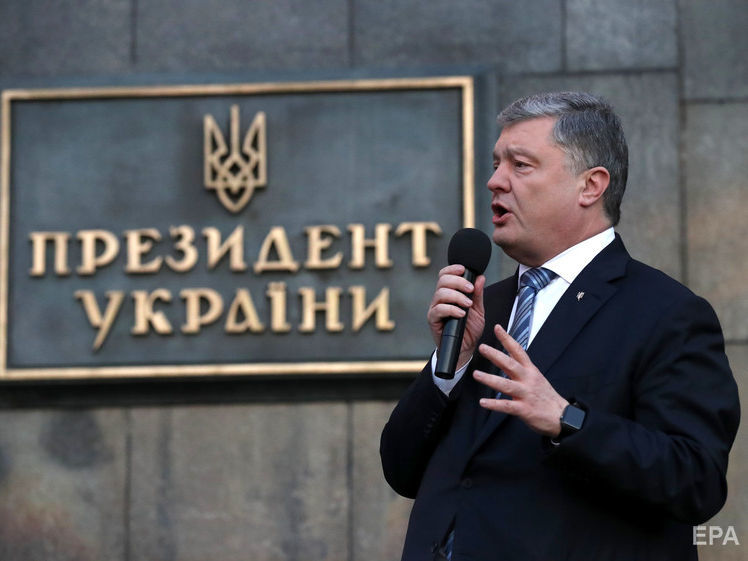 The current president of Ukraine, Petro Poroshenko, was summoned to the Attorney General's Office to be questioned as a witness in the case of crimes in Euromaidan.

The current president of Ukraine, Petro Poroshenko, did not go to the Prosecutor General's Office for questioning, GPU's special investigations department head Sergei Horbatyuk told the 112 Ukrainian channel during the meeting.

He said that the head of state was summoned to the GPU two weeks ago as a witness in the case of crimes in Euromaidan, he was due to appear at the Public Ministry today at 10am.

"Unfortunately, as you can see, the witness did not come for questioning. No one contacted the investigator," said the head of the department of special investigations.

He added that the investigator did not report on the reasons for non-appearance. In addition, he said, the president did not request the possibility of postponing the interrogation.

Gorbatyuk added that Poroshenko was summoned to the GPU to ask him additional questions about the events of February 18-19, 2014 and December 1, 2013. They also expected him to sign an interrogation protocol, which occurred in 2016.

"Unfortunately, for two and a half years he did not sign the protocol for the first interrogation." Due to the president's workload, he was in a hurry and asked to sign the next day. happened so far, "he said.

Gorbatyuk also said Poroshenko would be called to the prosecutor's office until they implemented these procedural powers.

On November 18, 2016, Poroshenko was interrogated in the case of crimes against activists of the Revolution of Dignity 2013-2014.

In late 2018, Gorbatyuk reported that 438 people are suspected in Maidan's case, including police officers, titushki and activists. "Of the 52 convicts, nine aunts were given a royal mandate," he said.

April 15, 2019 Poroshenko said he was dissatisfied with the work of the GPU's special investigations department, which "concentrated all cases on the Maidan".