Netflix against all: will be the house of cards in the game of thrones 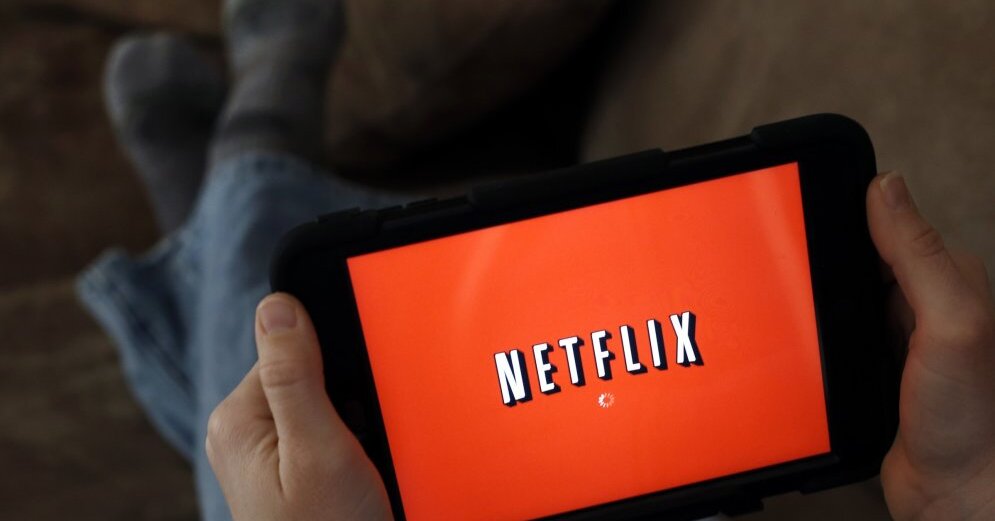 Netflix has changed the world of entertainment, won millions of hearts and spent billions of dollars on TV shows, movies and TV shows. The honeymoon continues, but the clouds accumulate on the horizon.

Netflix – the culprit of the largest in the last 100 years of the Hollywood revolution – reported on next year's record growth: another 30 million subscribers. Now 140 million people worldwide are paid for "Bird Box," "House of Cards," "Crown," and "Cleaning with Marie Kondo."

For several years, the American company built a streaming company from scratch and challenged giant television networks and film studios. Now they are preparing to fight back.

This year, similar Netflix services are launching Disney and WarnerMedia, which can crush any startup with financial power and bottomless directories. In a battle with them, Netflix can wait for its main weapon – technological superiority. But it's less effective on another front of this war, where Amazon and Apple are attacking Netflix.

Is Netflix ready for this? Investors believe this: only in the last month has the company raised its price once and a half to $ 154 billion. Disney costs roughly the same amount, but its business is four times higher: $ 60 billion versus Netflix's $ 16 billion annual revenue.

Others fear that expectations are too high. They point to the company's gigantic costs and doubt its ability to attract subscribers at the same pace in the face of increased competition, the fading effect of the novelty and the slowing of income growth around the world.

Netflix has long been preparing for this stage of war for the viewer. He aggressively surpassed the best writers and directors to become a supplier of their own content from the seller of another person's content. But this is an expensive pleasure, and last year alone cost the company $ 13 billion.

"The numbers are breathtaking," says British media specialist Jane Martinson, who is impressed with rising costs and the number of subscribers. it was like shooting, the main – more and more. " 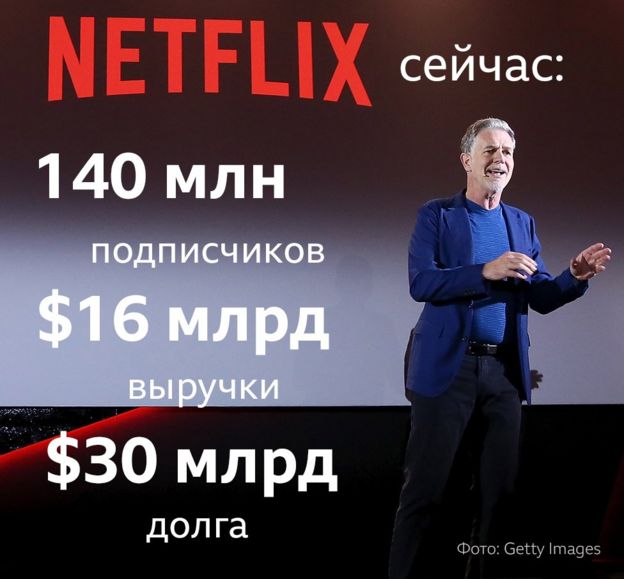 The first seasons of this game of Netflix thrones flew in a lot of money. The company owes $ 30 billion to lenders and creators of future programs.

But business does not allow the development of financing without incurring new debts: every year, a company leaks more than $ 2 billion of what it earns. This year, negative free cash flow will remain at the 3 billion level, predicts Netflix, just like last year, and only then will the money start to settle – and a foundation will appear in the house of cards.

Whether this bet will depend on Netflix's ability to increase its audience and, at the same time, raise prices. The first step was taken before the new year: the company first raised the prices of all 60 million customers in the United States. The cheapest subscription rose to $ 8.99 a month for one dollar, another for two.

The US market already brings Netflix more revenue than 80 million overseas customers and now needs to add another $ 1 billion per year.

The price increase will not cause the Americans to reject it, I'm sure the analyst at Hargreaves Lansdown, George Salmon. The main threat, in his opinion, in another.

"Of course, international concerns, such as Disney and Amazon, cause concern, they will not give up without a fight, and both of them have the financial strength to crush them properly." The battle for the viewer is just beginning, "he warns.

Billions of hours on the TV screen

Disney was already showing teeth. He stopped sharing new releases with Netflix on the eve of the launch of his own online movie.

On the other hand, the telecommunications giant AT & T, which bought Time Warner last year, which has, among other things, HBO with its "Game of Thrones", comes. This year, WarnerMedia enters a market created by Netflix with a competing product packaged in three packages: a movie; own movies and programs plus blockbusters; and the most expensive is the confusion with foreign content.

His old business model, both in the film industry and television, is weakening due to the troublemakers in Silicon Valley. Timber giants have to deal with newcomers, both in sales – for the public and in raising capital – for investors.

Investors are more willing to give money to the pioneers of the future entertainment market, hoping for explosive growth. So the Netflix stock price is 83 times higher than the expected income for it, and Disney – only 15 times, which is just the average level of the 500 largest US companies.

But the higher and sharper the increase, the more painful the fall. In recent months, investors have been nervous because they are worried about the prospects for the global economy in the context of trade wars, declining growth in China and rising credit costs. They are afraid of the impending collapse of the market, and every time their ghost appears on the horizon, first they lower stocks, with the exorbitant prices of which future success lies.

Netflix stocks did not prevent sales last year, but rebounded quickly after Christmas. This was helped by the success in business – rising prices in the United States and the growing number of worldwide subscribers as well as in creativity – large-scale investments in creating their own content to compete with Hollywood and television networks were finally converted into prizes.

Last year, for the first time, Netflix intercepted the palm of HBO by the number of nominations for the Emmy Award of American television, although the main prize was won by Game of Thrones.

Of the twelve Hollywood film awards the Golden Globe awarded to Netflix products, he received half of that year, including Alfonso Cuaron's Roma film, which also won the Golden Lion in Venice.

"Today, the world consumes a billion hours of television content, and we earn about 10 percent of that," said company founder and director Reed Hastings this week, praising last year's results.

And dismissed the competitors.

"For us (computer game), Fortnite is a bigger competitor than HBO," Hastings said.

"I'd rather talk about ourselves as a company that is trying to buy time – entertainment time – from other leisure activities. We want to push people away from Xbox, Fortnite, YouTube or HBO and give them something better, without advertising and with a choice . "