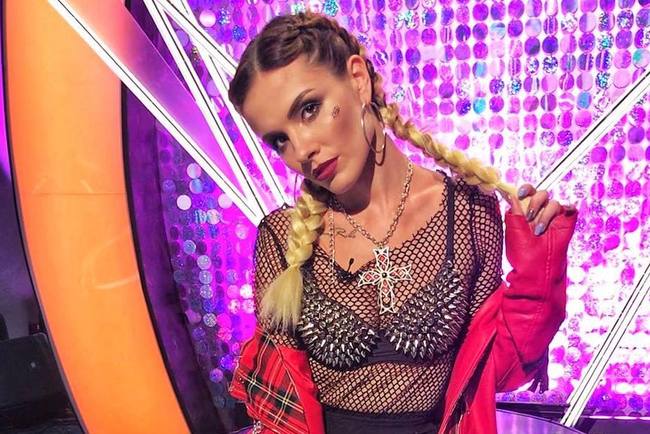 The star admitted that she had a relationship with a girl

The singer MamaRika, who shared her secrets for a good day, revealed the details of her intimate life. The singer admitted that she has had same-sex relationships.

In the program "Karaoke on Wheels", the actress said that she once met a girl. This relationship MamaRika briefly and clearly described: "It was legal." However, when asked which artist she liked best – with girls or with a guy, she replied, "Of course it's with men."

"With a .My. Well, then they got a little annoyed and that's enough" – commented the singer.

MamaRika also added that she failed in her same-sex love and no adult toys. "Of course I bought it, but how can it be without the help of modern inventions," said the artist.

Note that MamaRika has been happy with a comedian and actor Sergei Sereda. In January of this year, Sergei made his beloved a romantic proposal. He arranged a surprise for the girl at home, placing a candle from the entrance of the place where the ring was.

Remember, not too long ago, the network showed "the worst offer to get married". The video was filmed in New York.