Luchkevich in Alexandria – all parts for the transfer 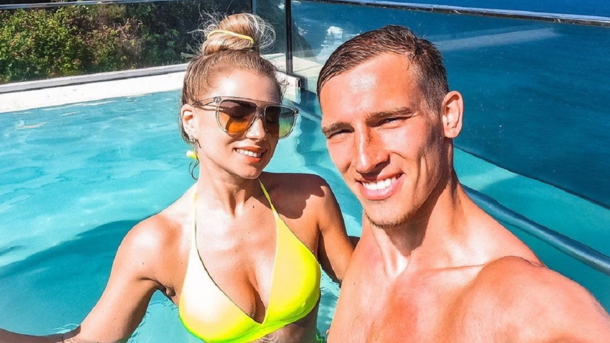 Before the start of the European Champion Clubs' Cup group stage, the UPL bronze team has made a significant gain for themselves.

Head coach of "Alexandria" Vladimir Sharan has announced, perhaps, the highest purchase in the history of this Ukrainian club. Recall, according to the results of last season, the Kirovograd region team is third in the Premier League, receiving a direct ticket to the group stage of the 2019/2020 Europa League. Today it was known that before the start of Eurocup Alexandria signed a full contract with the finalist of the Europa League 2015, in Dnipro Valeriy Luchkevich. Previously, the 23-year-old midfielder, whose rights belonged to the Belgian "Standard", represented the Alexandrians as a rented artist.

"I am very pleased that Valery Luchkevich remains in Alexandria," said Vladimir Sharan. "We had quite vigorous negotiations with Standard, which ended positively." Valery will continue his career in our club as a regular player, and we have signed an agreement with him in two years. "

Luchkevich and his beautiful wife Anna According to Tribune, "Alexandria" will pay for Valeriy Luchkevich and will not take him as a free agent. For the 23-year-old Ukrainians will be given 250 thousand euros. Also in the agreement is established that "Standard" will receive 50 percent of the future resale of a football player, if it occurs.

See how Alexandria fought against Shakhtar in their field.

As previously reported Bronze medal of the Ukrainian league left immediately seven players. Thus, the coach of "Alexandria" Vladimir Sharan have to set up a new team to participate in the Europa League.

However, it was UEFA arrived with the inspection in Alexandria. If the European Football Union does not allow the club to play in its own stadium, Sharan's team will face opponents in the European Cup at the Lviv Arena.

Remember soon Ukraine will win a revolutionary system for referees

You are watching the news. "" Alexandria bought the finalist of the Europa League: the largest purchasing accounting department in the history of the Ukrainian club. "Other football news, see the" Latest News "