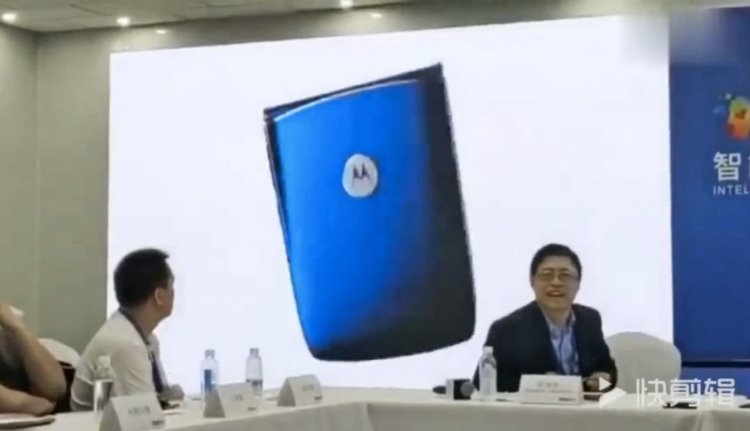 This week Lenovo representatives showed a 30 second teaser video showing a Motorola RAZR 2019 folding smartphone, equipped with a flexible display. A small video was shown during an official media meeting. Now, network sources report that the video, accompanied by the Lenovo logo, is the result of the creative work of blogger Waqar Khan. The video was created by Khan based on the Motorola RAZR renderer, which appeared previously on the Internet. In addition, the blogger himself reported that he did not give permission to use the conceptual images he created.

Currently it is unclear when the Motorola RAZR will appear on the market, as the device has not yet been officially announced. The information the manufacturer patented a foldable smartphone appeared in early 2019, prompting numerous rumors about the imminent appearance of a new version of the legendary gadget. Earlier, it was reported that the vendor is developing a new RAZR, which will cost $ 1,500. The first images, which are supposed to show the future smartphone, appeared on the Internet last month.

The appearance of the film, which was made by Khan and demonstrated by Lenovo at the official meeting, will make fans of the brand think, since the true intentions of the company are not clear. Perhaps, the video made by Khan accurately reflects the appearance of the future smartphone, which influenced the decision of Lenovo representatives to show this video to the journalists. The manufacturer did not explain why the unofficial video was shown at a formal event. It remains to wait until the Motorola RAZR is officially presented, demonstrating the real appearance of the reprinted gadget.