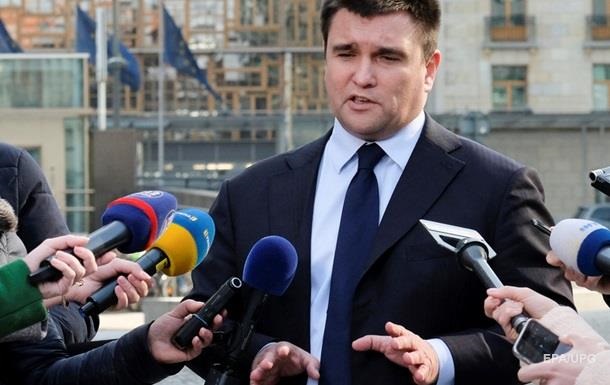 Earlier, Zelensky signed a submission to Parliament for the release of Klimkin from the post of Foreign Minister.

Ukrainian Foreign Minister Pavlo Klimkin calls on parliamentarians to support the submission of President Vladimir Zelensky for his resignation as foreign minister. About this Klimkin reported on Twitter.

"Double No. 2. I sincerely ask Members to support my resignation, as they say, thank you, in advance," Klimkin said.

Earlier, President Vladimir Zelensky again signed a submission to the Verkhovna Rada on the release of Klimkin from the post of Foreign Minister.

Remember, the president rejected the leadership of the government. Zelensky also called on the parliament to dismiss Attorney General Yury Lutsenko.