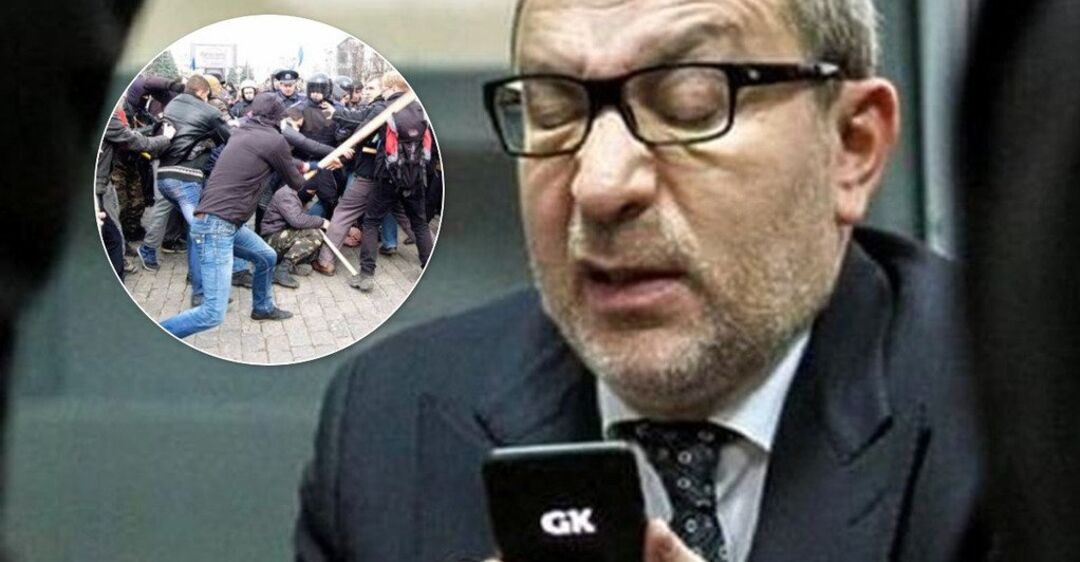 Five years after the abduction and torture of residents of Euro-Maidan, Kharkov's odious Mayor Gennady Kernes remains at large. With any kind of power, he feels good – to negotiate and make promises that Kernes knows.

Gennady Adolfovich is fighting with volunteers and discommunication, he considers Russia not the aggressor, but a partner, in the midst of the most difficult hostilities, he goes to Moscow … You can continue indefinitely. However, in today's publication – on the process of resonance, where Kernes is the accused.

The victim and his lawyer told OBOZREVATEL about their stubborn struggle and willingness to go to the end. Because the law should work – regardless of the position of the accused, their financial position and even the "indulgence" issued at the top.

On March 2, 2015, Gennady Kernes was notified of the suspicion of having committed crimes under various articles of the Penal Code – unlawful arrest or abduction, torture and threat of homicide.

Sergey Ryapolov about the events of that day:

– 2014, Kharkiv, Gidnostі revolution – Yanukovych is still in power, periodically trying to disperse the Maidan … On January 25, I was at home when the godfather called and asked to go get our friend in common – Alexander Kutyanin. He said they were in the Maidan, they were pursued by them, and that they can "strictly accept" Sasha. When I arrived at McDonalds at the Beketov Architects subway station, I saw Sasha there, I sat down and asked how they were going. There I was taken by force and taken under the white ruchenki. Nobody explained anything.

The way we were pulled out of McDonalds, saw a guy at Volkswagen Golf. And at that moment the guys with bats and pistols were returning from the cord, they were crossing Pushkin on the other side. And here's one of Kernes's personal security guards. – Smitsky – shouted loudly, "Is he with you ?!" And these with bats asked the question as a call – They attacked the car, shocked the mirrors, cut the tires. The driver was trying to leave …

From the outside, it all seemed like some kind of gangster confrontation. We were thrown face down in the snow so we could not see the attack, we would not be witnesses. It began to beat.

After that, we were taken to the courtyard of the National Hotel, where Kernes' guards tortured us. For the most part, I was, after all, Sasha was "processed" before, I asked who, what and why, where the Right Sector is based and things like that.

In the National Court, Gennady Kernes's guards hit me in the crotch, choked me, squeezed my eyes … Then we were taken to the hotel and Kernes began the interrogation directly. I, as much as I could, opus, as I expected: still the mayor, he is a person of status …

But as a result, he broke my nose with a blow – From top to bottom, delivered by a blow, tangentially.

Kernes said, they say, if even a drop of blood falls on the rug, I will be carried forward with my feet …

We were later transferred to the police. But what I wrote in the testimony – we were taken to the "National" – so the police did not take into account in principle. And formed the basis of evidence of criminal responsibility of the police themselves …

For a while I had to hide my family. More or less, everything calmed down only when I testified in court.

Courts go 2015, was everything – Now the appeal. But I go to the end. Kernes must answer for his deeds!

Lawyer Ryapolova told OBOZREVATEL how Kernes leaves responsibility and how "justice is being done". – Tatyana Zelkina.

– Now we have the appeal stage. The court of first instance closed the case for reasons not foreseen in the legislation in force. Just because the prosecutors did not come to the meeting for a week, they were sick.

In addition, we sent transfer requests such as the court without the consent of the parties appointed meetings on a daily basis, and on those dates I had other court sessions, which I informed the court. But he ignored everything, there was no such thing before.

In addition, the disqualification of the judge was not considered. I handed it over to Antonov and he was obliged to transfer it first to the consideration of another judge, and only then, if they refused to be dismissed, continue to implement any legal proceedings.

At the same time, they were according to the procedure, which the country probably has not yet seen. – that in an unseen challenge, the judge continued to schedule meetings!

And only on the day of the scandalous decision, an hour before, the disqualification was considered by another judge. And they invited us to this challenge the night before the meeting. And on the very date of the main court meeting, in general no one invited anyone. That is, everything happened in secret, without notifying us for three days, as it should be in accordance with the law.

After that, of course, from our point of view, the only possible legal option for the Court of Appeal – this will satisfy our appeal and send the case to a retrial. Because with such procedural violations to make a decision is essentially impossible. In this case, if the decision is taken legally, it must be returned to the court of first instance. Everything from the beginning.

Now Gennady Adolfovich is postponing the appeal hearing. During this period, for 12 reasons, 12 meetings were interrupted. Kernes did not appear to any of them.

I did not appear in court because of illness, but at the same time we saw in the media his activity and how he perfectly performs the functions of the mayor of Kharkov.

There were other reasons for non-attendance and cancellation of meetings. Between them – the impossibility of ensuring security during the trial, Kernes' participation in the electoral process … Somehow, a statement from him came from his personal failure to attend was due to the knowledge that defenders could not attend the court, so … not advisable for it was a tour.

The next meeting is scheduled for May 25.

On the one hand, the Court of Appeal does not show its prejudice, – maximum degree of caution, because they understand the resonance of the case and everything. Strive not to violate the rights of any person – even rights that are not provided.

On the other hand, this more cautious position leads to the fact that we do not have a single chance to consider this matter. – since almost all reasons for non-attendance were considered respectful.

It turns out that it is possible not to appear at all court sessions and wait until the ten-year statute of limitations of the last offense (torture) has passed. For the other two, the five-year period has expired.

That is our situation, a bit deplorable. We have repeatedly filed a motion to bring the accused, but the court has consistently refused us.

OBOZREVATEL will monitor the judicial process