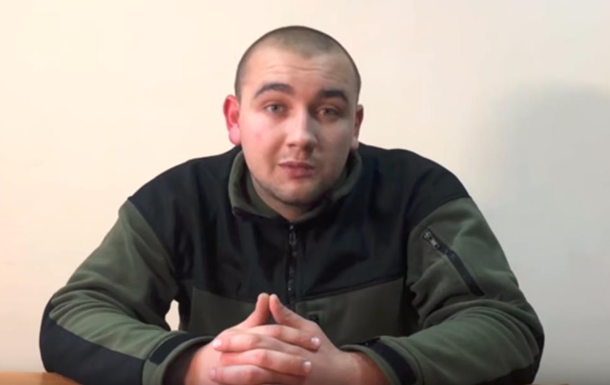 "Interrogation" of the crew of the armored soldier Nikopol Andrei Drach

"The crew of the courts are now in different places, three soldiers, one officer and two contracted soldiers who have been injured are at the Kerch hospital hospital, and the ships are at the starting point where FSB boats are parked. evidence that our sailors provided false information. "He said.

Voronchenko pointed out that there was already a video with three sailors who testified under physical and psychological influence. "I know these Nikopol sailors, they have always been honest professionals in their field, and what they are saying is not true," he said.

The commander of the Ukrainian Navy noticed that the lawyers had already met with these soldiers. Voronchenko also noted that two military come from the Crimea and their parents live on the peninsula in connection with what they will be under pressure.

We will remember, previously, that the FSB of Russia published the video recording of the "interrogation" of three captured Ukrainian seamen.

In connection with the worsening situation, President Poroshenko convened a military office, the National Security and Defense Council and sent a proposal to the Verkhovna Rada to impose martial law for 60 days. On November 26, Parliament adopted a bill on the imposition of martial law in Ukraine for 30 days.

Russia calls Ukraine's actions in the area of ​​Kerch Strait "provocative." The Ministry of Foreign Affairs of the Russian Federation delivered a note of protest to the Chargé d'affaires ad interim