In the finals of the World Cup, the Ukrainian youth team will play with South Korea 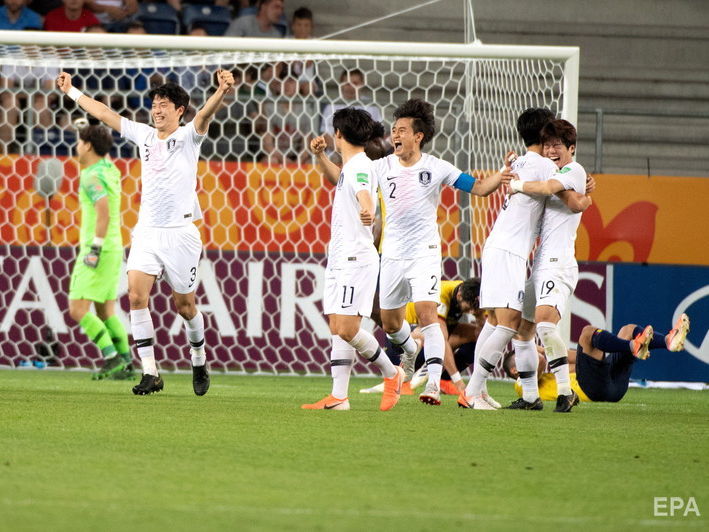 The rival of the Ukrainian youth team in the finals of the World Cup was decided in a duel between Ecuador and South Korea. With the score of 1: 0, the representatives of Asia won.

In the final of the U-20 World Cup, which takes place in Poland, Ukraine's youth team will play against South Korea, who won the semi-final against Ecuador on June 11. This is the official FIFA website.

The match took place in Lublin and ended with a minimum victory for representatives from Asia. The ball looked to have taken a deflection on the way in, but he's claiming it!

FIFA notes that the final will be the first in the history of the Ukrainian team and the South Korean team.

Ukrainians in the semifinal beat the Italians with a score of 1: 0.

The winner of the world championship will be decided on June 15, the match will be held in Lodz. June 14 in the match for third place will play in Gdynia, Italy and Ecuador.