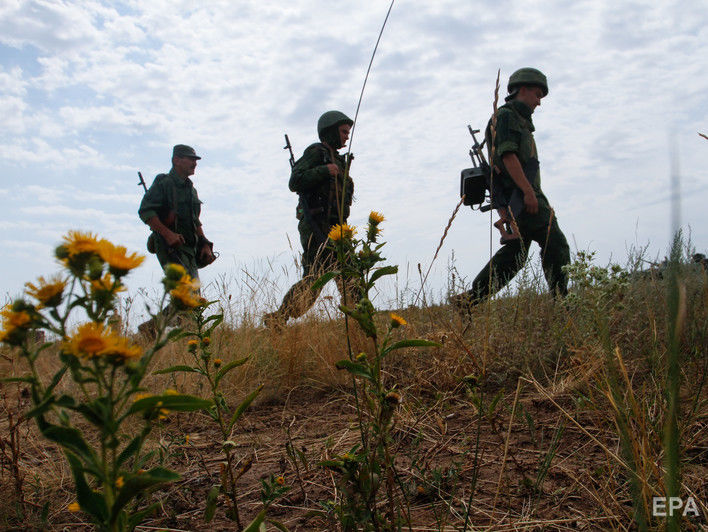 According to the Main Directorate of Intelligence of the Ministry of Defense of Ukraine, the occupation administrations of the Donbass initiated the process of early forced involvement of personnel in most units of the Russian occupation forces.

Russian occupation administrations are taking steps to avert the failure of "elections" in the temporarily occupied territories of the Donetsk and Lugansk regions because of the threat of low voter turnout, including hybrid army "soldiers", including more than 40 % are likely to avoid voting. This is reported by the Main Directorate of Intelligence of the Ministry of Defense of Ukraine.

"On November 5, the process of early compulsory involvement of personnel in most of the divisions of the Russian occupation forces began. occupants and included in voters lists, "- said in an intelligence release.

The GUR added that the Russian occupation regime is actively spreading rumors about increased accountability of voters, who without good reason will not participate in the vote. "The most severe punishments threaten retirees and" public sector "employees, intelligence officials said.

According to GUR, no more than 30% of voters will vote in the next "elections" in the temporarily occupied territories of the Donetsk and Lugansk regions, and the Russian military will be included in local voters lists.

Following the assassination of the "DPR" leader Alexander Zakharchenko in the occupied Donetsk, militants "LPR" and "DPR" announced their intention to hold an "election" on November 11, 2018. The Ukrainian side condemned such an idea, stating that " elections "in the occupied Donbas contradict the Minsk accords.