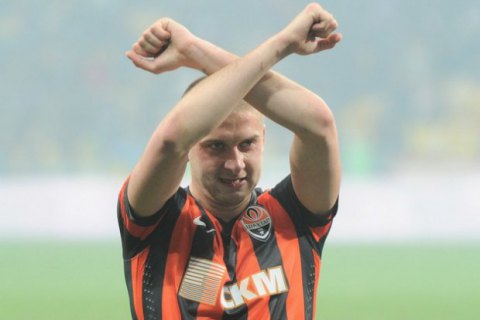 Newcomer of St Petersburg "Zenith" Yaroslav Rakytskyy does not perform the anthem of Ukraine, because "simply does not want". About this in an interview with "Sport-Express" said the former press attache of "Miner" and a good friend of Ukrainian defender Ruslan Marmazov.

"He says he just does not want to," said Marmazov, answering the question why Rakytskyy does not sing the national anthem before the Ukrainian team's games. on the knee. And in that situation they tried to do that with him, "said the former Donetsk club official.

According to Marmazov, because of the transfer to Zenit, Rakitsky will no longer be called to the national team.

"They really will not be called up for the national team, it's obvious," said the former Shakhtar press attache. "It's not just his name missing from the list of active Ukrainian players on the Federation website" (FFU, LB.ua comment) and he understands this, although he did not tell me that in person, "noted Marmazov.

Rakitsky, 29, moved to Zenith in late January. He has played for the Donetsk club since 2009. As part of the Ukrainian team has spent 54 matches, scoring five goals.