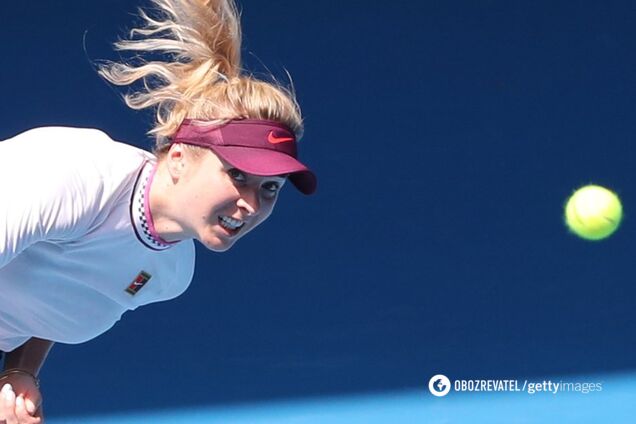 Literally 48 hours, a scandal broke out, which Ukrainian sneakers have not seen for a long time. Elina Svitolina and Diana Yastremskaya unexpectedly refused to play for Ukraine, and it all started. Emotions and accusations literally "exploded" by a volcano.

OBOZREVATEL considers the incident and takes the truth in the delicate balance of relations between the Tennis Federation of Ukraine and the best tennis players in the country.

The Ukrainian women's team traditionally meets for the annual Federation Cup, which is now for our team to be held from 6 to 9 February in Poland. At the end of last year, the Tennis Federation of Ukraine (FTU) had Svitolina and other tennis players from the country, and Elina spoke openly about it at a news conference.

But literally a week before departure, it was known that Svitolina and Yastremskaya could not go to the Federation Cup (each for their own reason), however, the FTU accused tennis players (and their common agent) of manipulating personal interests and fees exaggerated

Why so much noise?

The current Federation Cup is very important for Ukraine – the purpose of the selection is to return to the world tennis elite. Last year, the "blue-yellows" flew from the Second World Group to the Zone group (which is a decrease in division). And now Ukraine must win their zonal tournament (Europe-Africa zone) to enter the playoffs and win a ticket to the Second World Group. And already fight for a place in the World Group.

However, the path to the Second World Group is very difficult. In the first group of Europe-Africa zone – 16 teams, which are divided into two companies, 8 participants each. Each company will hold its own separate tournament, and only the winner will advance further (without "passing" the 2nd place).

So now it is very important for Ukraine to bring together the strongest team and, in the wave of personal success of our tennis players, make a fool of return to the world division.

Unfortunately, the purely personal matter within the scope of the national team activity did not go undetected and quickly turned into a mutual barbaric exchange. Let's analyze who spoke with whom (and said a lot):

In this correspondence debate, as it has ended, and you can breathe a little of the effects of the skirmish. But the "two-day war" spoils relations between the FTU and the players, sharpens every aspect of the organization and undermines the team's own state. And of course someone is clearly guarding something. Or even frankly lying.

So much about Savchuk and a little about money.

At the beginning of the scandal, fans were impressed by the way Svitolin responded to the FTU statement. Like, words about the injury – just a cover to get away from the open confrontation. But then the elements of the puzzle began to converge. In her last Australian Open, Elina gave a medical time a few times, complaining of pain in the shoulder and neck. And the match against Naomi Osaki, the Ukrainian, although she has just played, but the problems (which Elina complained about) have not disappeared anywhere.

As a result, in the second statement, Zukin also admitted that the FTU was aware of Svitolina's health problems: "We knew she had little damage, but all tennis players always have injuries." That is, the version of the trauma still found its common denominator, after which Elina was supposed to be left alone.

But with the Gurov comment does not come all of course. The Bulgarian agent, in the first place, accuses the FTU of incompetence and unwillingness to negotiate. Although the federation says directly that a certain person is responsible for it – the team manager, Olga Savchuk. "The FTU accuses me of high demand for Elina Svitolina? Let them submit their evidence. No one from the federation has spoken to me, how can they know what I said to whom?" – Gurov said via a comment on the Facebook page of his agency Top Five Management.

But then Gurov said: "The only one I communicated with was a man who was demoted to us from above and called the manager of the national team – Olga Savchuk." That is, "from above" (worth to understand, from the leadership of the Federal University of Technology) came down a man – Olga Savchuk. A team manager who, working on the national team in such a position, can not, but is not a person of the federation. Still, was it communication?

Zukin confirmed: "We have specially appointed a new team manager for better communication with the players, who are constantly on tour and in contact with the players. We have contact, although for some reason Gurov believes that Olga Savchuk does not represent the federation – she is the representative of the federation "- said Zukin.

But then the question arises, how and with whom did Gurov / Svitolin discuss and coordinate the arrival to the selection at the end of 2018? And how was the agreement reached, since the FTU included it in the preliminary composition? By the way, Savchuk has worked as manager of the national team since October 2018.

Who would not say, and the whole situation depends on money. The FTU pays tennis players the fees for the selection matches, whose size is initially determined according to the athletes' rankings and general agreements.

Now a stranger sees the image as follows: FTU and Gurov (as representative of Svitolina and Yastremskaya) initially agreed to an amount, and then something changed and went over another (which does not overlap the version of the Svitolina lesion and does not block the arguments "for health reasons"). Zukin openly states that the requested rates increased 2.5 times over the originally agreed rates.

Gurov responds to this with a detailed comment, but does not specifically mention a change in rate or otherwise. As for money, and Svitolina, then in Gurov's statements one can only find the following quote: "Svitolina had planned to play for the national team since last year, and in Elina's case, the question of finances could not be at all. was the key. " But this does not refute or confirm FTU's claims in the "price increase".

However, the root of the problem is not at all in Svitolina, Gurov or the current leadership of the Federal Technical University. The point is in the system formed over the years, under which all Ukrainian sneakers are spinning. And the structure is such that, over the years, the FTU has practically lost status and influence, and now reaps bitter fruits.

The Federation is a model of classic budget organization (which sponsors-sponsors can help) with social and social activities. Over the years, the Ukrainian authorities have done almost nothing to develop young talents, who have gone through personal resources. And if you have grown up, then you want to be your own master.

Now the situation is such that the tennis players are independent combat units, with their teams and management, and almost do not depend on the FTU. The federation simply does not have the opportunity to compete with the venerable ATP / WTA tournaments and offers athletes something interesting – standing against the backdrop of major tournaments with millions of dollars worth of prizes. Because of this, there are no tools to attract players to the national team. Now everything depends on the desire of the tennis players themselves to play for the national team. But at the same time there are constantly questions of rates and times with the dictation of their conditions (as we see in the case of Yastremskaya's father's statement about two games).

The only trump in the FTU is the Olympics – no match for the selection, not a single player can be admitted to the Olympic Games. To reach the 2020 Olympics, in this case, the players must play at least 3 matches for the Davis Cup / Federation selection during the entire Olympic cycle (2017-2020). And while definitely need to come to nat. team in the years 2019-2020. If the asset does not have three matchups for the selection, you can not even dream of an Olympics, even if it's the first racquet in the world.

Elina Svitolina almost fulfilled the "standard" – she now has two games for the national team. The team has two more seasons ahead of them, in which Eline needs to play at least one game. Certainly she will do this without problems, so from this point of view, Svitolina can easily skip the nearest tournament in Poland.

But in Yastremskaya there is still no advantage to the national team, and to have the Olympics, you have to start "iron forging" right now. Yes, there is still enough time (the same two seasons are ahead), but Dayana still does not have this status, only to decline the selection and "promise later".

What to expect in Poland and after Poland?

The Ukraine team is sent to the Federation Cup tournament without Svitolina, but with Yastremskaya (although the final bid is February 1, there is still time to make changes again). In Poland, our team, even without the best of Ukraine, has good chances but the team will have to play against the background of a nasty scandal. We hope this does not affect the mood and level of play of our athletes.

More anxiety is what comes next. If Ukraine win the tournament in Poland, then in April, the "blue-yellows" are waiting for the playoffs to join the Second World Group. And these are even more important games, and again collecting a team with the same Savchuk, negotiations with the same Gurov (according to Svitolina and Yastremskaya), accompanying new circumstances (injuries-injuries (always exist), tight schedule and fees)) . But the relationship "FTU – tennis players" has already been corrupted, and no one knows what to do next – until now.