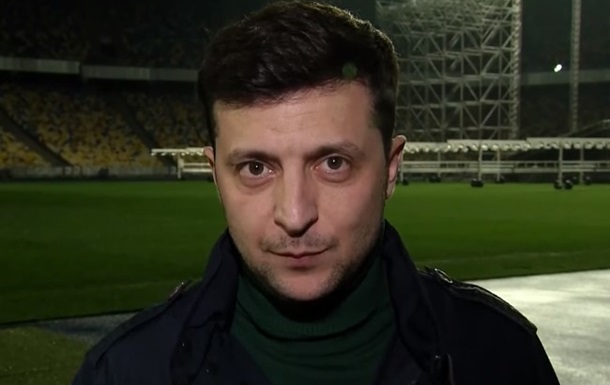 The showman said that the team of his rival in the election of Petro Poroshenko is trying to split people.

Ukrainian presidential candidate Vladimir Zelensky has published a new video message on the debate with Petro Poroshenko. The video appeared on the evening of April 17 on Zelensky's Facebook page.

Showman standing in NSC stadium Olympic said his rival's team is trying to change the conditions of the debate.

"We continue the debate on the debate. First, everyone discussed the date, then the NSC Olympic. Now the new conditions of the presidential team ", – said Zelensky.

According to him, the team of Poroshenko decided to define his scene next to the one that already is mounted.

"Where did you see the candidates' debates in two stages? They keep dividing people!" Zelensky noted.

He also indicated that he plans to make a fan zone in the field. Olympicwhere everyone will have access. However, according to the showman, the president's team wants to split the fans of the race participants.

Zelensky stressed that for his team the main condition for the debates is the free access of people and announced the time of its accomplishment on April 19 at 7:00 p.m.

Previously, it was reported that Poroshenko agreed to participate in the debate on April 19, but in the period from 16 to 18 hours. At 8 pm on the same day, both candidates should reach the public television debate as required by law.