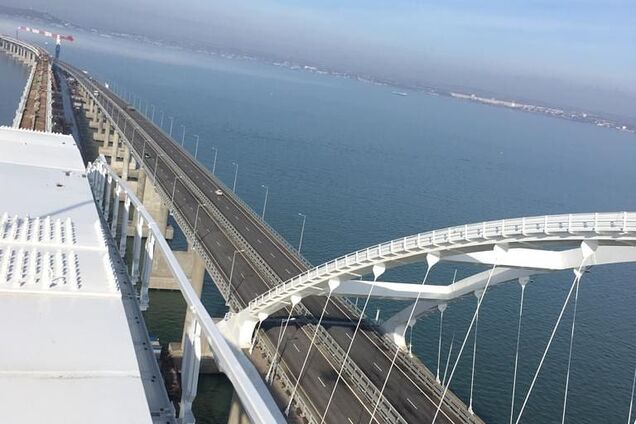 The network showed new photos of the Kerch Bridge connecting the Kerch and Taman peninsulas across the island of Tuzla.

The photos were posted on Twitter RoksolanaToday & Crimea. "This is not a new bridge for cars," read the caption of the photos.

Information about the collapse of the bridge began to appear more and more in the network. Thus it became known that the only road leading to the Crimean bridge from the occupied Kerch was built on a slope. Without its reinforcement, the canvas of the automobile will slide along with the coast.

And fresh
The bridge is not for cars pic.twitter.com/Tdv0WRUEgT

As reported by OBOZREVATEL, InformNapalm's volunteer community, possessing secret documents and photos, which were sent by the occupiers of Crimea to the head of the Federal Railroad Agency of the Russian Federation, reports that the ground slipped due to wrongdoing of the contracting organization Stroygazmontazh .

Do not bother yourself! Just the most important – subscribe to our Telegram channel