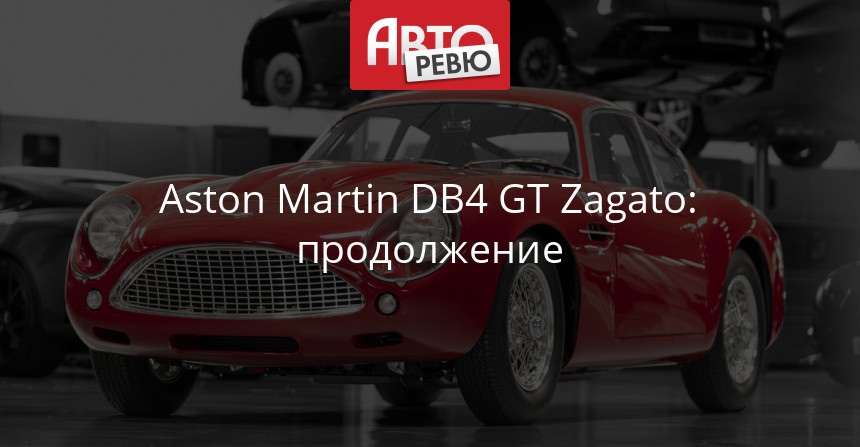 Over the past two years, Aston Martin has been offering "continued" series customers to especially successful customers. In a specially equipped factory in Newport-Pagnell, where the company's main production was located in previous years, the manual assembly of classic Astons replicas using original technologies is being carried out. The first "continued" model was the 1959 Aston Martin DB4 GT race model, and now the company introduced the first model of the next model, the DB4 GT Zagato, with the design work of the famous Italian studio. 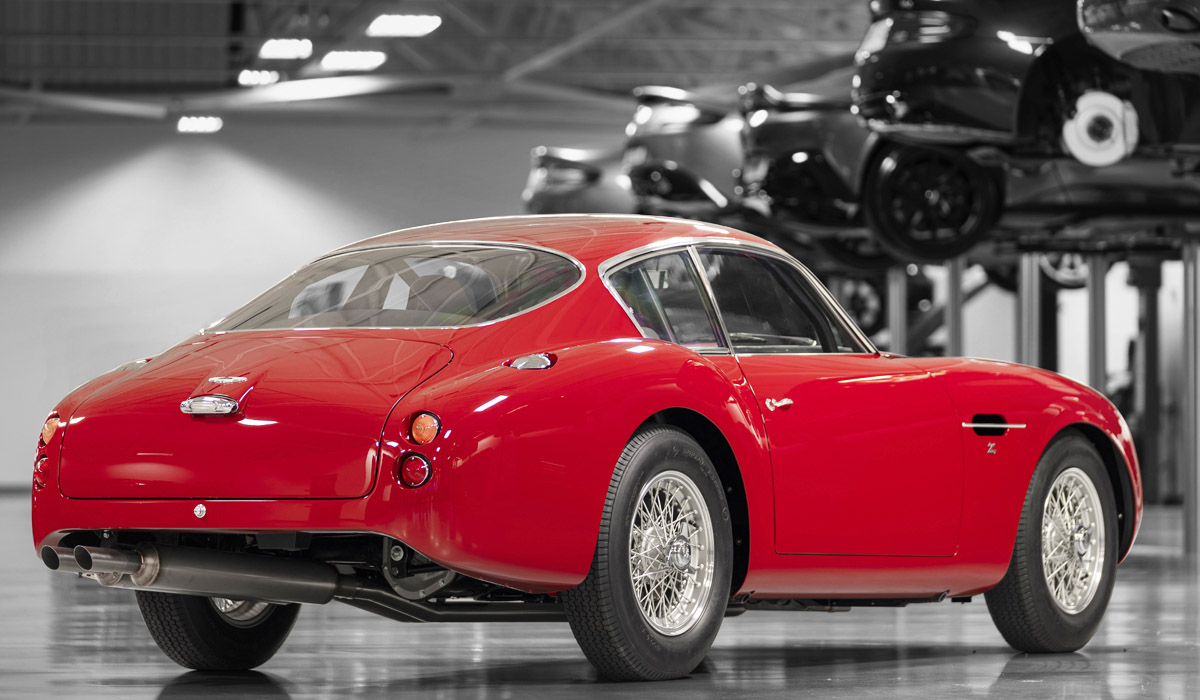 The new machine repeats exactly the originals of the sixties. The body is made of aluminum sheets with a thickness of 1.2 mm, mounted Borrani wheels and a safety cage homologated by the FIA. Under the hood there is a straight "six" carburetor with a 4.7 liter volume in the race specification, which develops 395 hp. On the transmission – a four-speed gearbox and limited slip differential.

From 1960 to 1963, only 19 Aston Martin DB4 GT coupes were manufactured with exclusive Zagato bodies. Only 19 new cars will be produced, but they will only be sold in one pair with the modern Aston Martin DBS GT Zagato supercar, which has not yet been presented. Each kit, called the DBZ Centennial Collection, scheduled to coincide with Zagato's centennial, will cost six million pounds sterling (excluding taxes). The Russian price has already been announced: 762 million rubles.

Customers will receive their cars separately: DB4 GT Zagato Continuation product shipment will begin in the third quarter of this year, and the modern DBS GT Zagato coupe will only arrive until the end of 2020. By the way, the "continued" model to follow is already known: next year at Newport Pagnell, production of Aston Martin DB5 sports cars will begin in a set next to the James Bond movie, filmed in 1964 in the film Goldfinger.