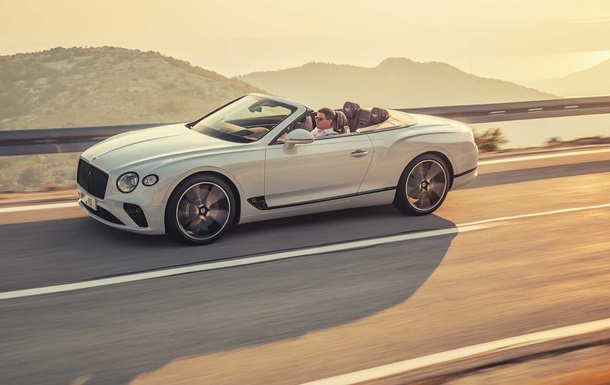 Previously, this model was only in coupe modification. The roof of the car folds in 19 seconds.

Bentley introduced a modification of the Continental GT coupe in the form of a convertible. The main features of the car remained, as its predecessor. Reports on this Motor1.

The Bentley Continental GT Convertible was released one year after the debut of the coupe. The tweed roof can double or rise in 19 seconds at a speed not exceeding 48 kilometers per hour. It helped to reduce the noise level in the cabin.

The modification body with a collapsible roof has become five percent tougher, and the car itself is a bit heavier.

The convertible received a 6-liter W12 gasoline engine and an 8-speed gearbox. Up to 100 km / h the car accelerates in 3.7 seconds, which is slower than the coupe in 0.1 seconds.

How much novelty will cost is still not known. But experts suggest that the price will be higher than the $ 225,000 per compartment basis.

Earlier in Georgia, Bentley was spotted with Stalin's chief. It turns out that British TV anchor Jeremy Clarkson is recording his show in Batumi and Gori.

On the eve of the new Porsche 911 showed in the official photo.